The 25th anniversary of the disastrous Oslo Accords falls between Rosh Hashanah and Yom Kippur – a most fitting time to reflect on its legacy.

Prior to Oslo, the Palestine Liberation Organization (PLO) was tottering on what could have been its last legs. Its leadership was in exile and it had lost the backing of major Arab nations due to its support of Saddam Hussein’s invasion of Kuwait in 1991.


Oslo brought the PLO back to life. It armed the PLO, ceded territorial control of parts of Judea/Samaria and Gaza to it, and brought into these areas a blood-soaked gang of terrorists led by Yasser Arafat and Mahmoud Abbas, who proceeded to murder and maim thousands of Jews and scores of Americans over the next quarter-century.

In our prayers for the coming year, let’s vow not to repeat the errors of the past. After 25 years of experience, it’s time for us to understand the lessons of Oslo:

In the Second Intifada, from 2000-2005, over 1,000 innocent Israelis were murdered and almost 10,000 injured. Without the land and arms Arafat and the PLO/PA got as a result of the Oslo Accords, the violence could not have been so deadly. The same is true of the wave of PA terror that began in September 2015, with Palestinian-Arab terrorists breaking into Jewish homes to knife sleeping Jewish children and families sitting down for Shabbat meals, among other horrors. In this latest wave of terror, Palestinian-Arab terrorists have thus far murdered 67 and injured 1,008.

Doubling down and tripling down on concessionary Oslo policies has only made matters worse. The Hebron Protocol (which gave the PA/PLO much of Hebron) brought more attacks on Hebron’s remaining Jewish community while the Gaza withdrawal brought thousands of rocket attacks on southern Israel.

2) The Palestinian-Arab leadership has no credibility when it comes to keeping agreements. It has grossly violated every significant aspect of the Oslo Accords.

For instance, the PLO promised in the accords to “renounce the use of terrorism and other acts of violence,” yet it has spent the past 25 years praising and honoring terrorists on social media, in schools, and on television specials; naming sports teams, buildings, and monuments after terrorists; teaching Palestinian-Arab youth to hate Israel and aspire to become “martyrs” who “spill blood” for the “Palestinian cause”; and planning and directing terror attacks.

It also promised to “assume responsibility over all PLO elements and personnel in order to assure their compliance [to renounce terror], prevent violations and discipline violators.” Yet, the Palestinian Authority’s largest party, Fatah, brags about murdering more Jews than Hamas has, and repeatedly foments terror. The PA government also includes designated terrorist organizations such as the PFLP and entered into agreements with Hamas.

The PA has also grossly violated its Oslo promise to cooperate with Israel economically by backing the anti-Israel BDS (boycott, divestment, and sanctions) movement. In short, Israel cannot be expected to enter into future agreements with Palestinian-Arab entities that don’t even abide by existing agreements.

3) We must watch, and be guided by, what the Palestinian-Arab leadership does and tells its own people – not by our own wishful thinking or a few insincere statements about a desire for peace. In 1993, before the ink was even dry on the first peace agreement, Arafat already announced that the Oslo Accords were merely part of the PLO’s 1974 “stages plan,” which calls for first establishing a national authority on whatever territory the PLO can obtain inside Israeli territory and then using that beachhead to destroy all of Israel.

Arafat and other PLO officials made over 100 statements during the four years following the signing of the Oslo Accords promoting the destruction of Israel and terror against the Jewish state. PLO/PA incitement against Israel has incessantly continued throughout the past 25 years, abetted by the PLO’s heinous “pay to slay” payments (over $300 million annually).

In order to protect ourselves, we must continue to pay attention to the many statements and deeds that clearly demonstrate that the Palestinian-Arab leadership’s real goal is Israel’s complete destruction. When Arafat said during a November 11, 1995 radio address, “The struggle will continue until all of Palestine is liberated,” he meant it. When Abbas called for a “war for Allah” against Israel in 2014, and called for intensified popular resistance against Israel just last month, he meant it.

And when the PA’s major party, Fatah, posts instructions for children to hurl rocks at Israelis with slingshots, it’s not just an academic exercise.

4) We must not forget what Oslo actually called for. Israeli Prime Minister Yitzhak Rabin stated in his last address to the Knesset in 1995 that the result of Oslo’s final status negotiations was a Palestinian “entity which is less than a state, and which will independently run the lives of the Palestinians under its authority.”

The Oslo Accords never mention anything about a Palestinian-Arab state. Yet, the myth arose that somehow Oslo entitled the PLO to a state. We must disabuse the public of this and the other Oslo myths.

As we pray for a year of health, peace, and safety for all our loved ones, let’s remember that Oslo-style concessions will bring us neither peace nor security. If we want peace, we must stand strong and pray and trust in the Almighty. Shanah tovah. 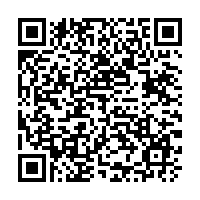