It has become a platitude repeated ad nauseam by former Israeli security officials, that the PA must not be weakened, because this might imperil Israel.

The reasoning is that even though the PA is bad, at least they cooperate — to a greater or lesser degree — with their Israeli counterparts, whereas Israel does not know what radical monster would take over after a collapsed PA.

This past Sunday, the Ministerial Committee for Legislation approved a bill that would deduct the Palestinian Authority’s (PA) salaries to convicted terrorists and their families from the tax revenues Israel transfers annually to the PA.

Israel transfers millions of dollars each year to the PA in customs duties levied on goods destined for Palestinian markets that transit through Israeli ports. If passed by the Knesset, the proposed legislation would enable Israel to either deduct the funds from the revenues or “freeze” the payments.

“Soon, this theater of the absurd will come to an end, and the salaries of the terrorists that we will withhold from [Palestinian Authority President Mahmoud] Abbas will be used to prevent terrorism and compensate victims,” said Minister of Defense Avigdor Lieberman about the proposed bill.

Predictably, parts of the Israeli security establishment were opposed to the proposed legislation, fearing that it could weaken the PA. Similar fears have been expressed by a group calling itself Commanders for Israel’s Security, which reportedly represents hundreds of retired Israeli military officials, regarding the US Taylor Force Act.

The Taylor Force Act, which thus far has passed the US House of Representatives and the Senate Foreign Relations Committee, would end US funding of the PA, unless the PA stops paying its salaries to terrorists and their families.

However, Commanders for Israel’s Security have voiced concerns that the Taylor force Act would “undermine PA stability; expand the circle of frustration and hostility; erode the security coordination” and deny the PA funding for “vital economic projects”. All this, say the retired military personnel, would “compromise Israeli security”.

Since when is stuffing your own pockets and using the rest to pay terrorists a “vital economic project”? One might argue, however, that the PA has done exactly that – created a monster that ceaselessly incites the murder of Israelis and the destruction of Israel as a Jewish state.

The PA only differs from the Hamas in its lack of honesty and its two-faced public relations, according to which Abbas says one thing in English and another in Arabic, just as his predecessor Arafat did. The PA’s ideology concerning the end goal, however, is as radical as that of Hamas. Furthermore, the constant brainwashing has ensured that PA Arabs continue to see conflict with Israel as the only viable option.

As recently as two weeks ago, the official Facebook page of Fatah communicated that, “the blood of the martyrs is the light of freedom” with an image of, among other things,  the PA map of “Palestine” that presents all of Israel as “Palestine”.

Mahmoud Abbas is the leader of Fatah, the party that controls the PA. Also less than two weeks ago, Fatah honored the mothers of terrorists who have killed or wounded Israelis, calling them “The crown on our heads, the mothers of the Martyrs (Shahids)”. The list goes on.

What the former Israeli security establishment figures sorely seem to miss is that the PA has made impossible in the long term any kind of peace. In a 2012 interview, Itamar Marcus of Palestinian Media Watch — which translates and makes accessible to the public the internal rhetoric of the PA that is not intended for Western consumption – said that, “The tragedy is that the Palestinians were much closer to peace with Israel before the Oslo Accords. An ocean has developed because of hate promotion by the Palestinian Authority.”

Marcus estimated that chances for peace may have been better in 1996, when after decades of contact with Israelis, a poll of Palestinians showed that 78% considered Israel to be positive in democracy and human rights.

A generation of people has been raised on an unadulterated diet of hatred of Israel and the Jewish people, courtesy of Yasser Arafat, Mahmoud Abbas, and their ilk. In kindergartens and schools, in the written and electronic press, on TV and especially on children’s TV, Jews have been called monkeys and pigs that need to be killed.

Schoolbooks show Israel erased from the map, history lessons deny the existence of Jewish nationhood and never teach the Holocaust, (Abbas, after all, has a Ph.D. in Holocaust denial) monuments are erected in honor of terrorist murderers of Jews in city squares, and terrorists are rewarded with fat salaries.

While the PA has been raising “shahids” for the past 25 years, ensuring that there will be no peace for at least a generation, retired Israeli military personnel would have you believe that the PA is the guarantor of Israeli security. The kind of “security”, where you have – as was the case in |January 2018 – 332 terrorist incidents in a month, resulting in one murder and 16 injured, including 2 stabbings/attempted stabbings, 2 shootings, 1 ramming attack, 4 roadside bombs, 251 stone-throwing attacks and 45 Molotov cocktails.

Coddling terrorists and pretending that they are “cooperating” with one hand, while they stab Israel in the back with the other, is ludicrous. A “weakened” PA might just be what is needed to turn the vicious circle around.

If the PA has no intention of stopping the incitement on TV and radio, those can be shut down. Other sanctions could be imposed by Israel on the PA. A PA that knows not to mess with Israel, because it will have actual financial consequences, might be “weakened”, but it might also weaken its terrorist resolve.

Why does it not occur to former Israeli security officials to suggest showing the PA that Israel will not put up with even a single terrorist incident, nor the incitement and rewarding of terrorism?

How about Israel try an approach of strength for once – the only currency which is respected in the Middle East –instead of trembling at the thought of what the international community might say? It might just work. 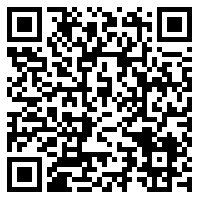