{Originally posted to the Emet m’Tsiyon website}
The notion of a “Palestinian people,” that never existed in all history, has been floating around in public discourse throughout the world since 1964. It was on 1 January of that year that the “palestine liberation organization” [PLO] was founded in Cairo. So you might say that the establishment of the PLO was what established the previously unknown “palestinian people.”

A second founding ceremony and conclave for the PLO took place later that year in eastern Jerusalem, then under Jordanian occupation. The Ambassador Hotel, where this second founding meeting took place, was very near the location of the former, pre-1948, Jewish Quarters of Shimon haTsadiq, Nahalat Shimon and Siebenbergen Houses from which the Jewish inhabitants were driven out by Arab irregular forces in December 1947 and January 1948. These Arab irregular forces were under the command of Abd al-Qader Husayni, nephew of the notorious Haj Amin al-Husayni [Husseini]. Thus the first refugees in the Israeli war of independence [1947-1949] were in fact Jews driven out by Arabs. Likewise, the first refugees in the war who could not go home after it were Jews from the quarters mentioned above.

In and around the year 1948, Arabs nationalists generally and Palestinian Arabs in particular, took a pan-Arab stance, declaring themselves to be proud Arabs. There was little talk if any in those years of a supposedly distinct “palestinian people,” somehow fuzzily connected to the Arabs but somehow separate and different at the same time. That at any rate was the usual narrative in the Western media, although the PLO itself, in its charter, explicitly stated in its first article:

Article 1: Palestine is the homeland [watan or fatherland] of the Palestinian Arab people and an integral part of the great Arab homeland, and the people of Palestine is a part of the Arab nation [qawm or ummah].

The foregoing quote from the PLO charter is enough to tell us that there really is no “palestinian people” distinct from the Arabs but that the Palestinian Arabs are a territorial section or subdivision of the Arab nation, as the PLO itself says here in Article One of its charter.

The good news is that despite all the flim-flammery in the media over the last 54 years to convince the world public that there is a “palestinian people,” a number of historians, political scientists and other scholars have debunked the fake notion of this people that never was. These scholars have not only been Jews and other non-Arabs but include Arabs as well. In fact, Rashid Khalidi, a friend of former US president Barack Obama has written this, at least in his academic publications, whereas he is usually careful to lie in his political pronouncements to the media. For his confirmation that there never was a “palestinian people,” an article by him in the International Journal of Middle East Studies (1988). Another Arab historian, Abd al-Ghani, made the same point on official PA [palestinian authority] TV of all places:

“Before the Balfour Promise, when the Ottoman rule [1517-1917] ended, Palestine’s political borders as we know them today did not exist, and there was nothing called a Palestinian people with a political identity as we know today”, historian Abd Al-Ghani admitted on official PA TV on November 1 [2017].
[Abd al-Ghani is also saying that the country sometimes called “palestine” in the West along with Holy Land and other names did not exist as any kind of territorial or administrative entity under Ottoman rule, nor for that matter, under the previous Mamluk Empire ]
. . . .
In 1917, says this Arab historian on official PA TV, there was no such thing as a Palestinian people. This statement amounts to saying that the whole narrative of an ‘indigenous Palestinian people’ was made up at a later point in time.

See the article by Judith Bergman on the MIDA site. Link here 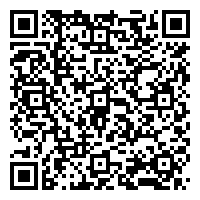