“The world has gone mad,” I heard a caller say on a radio show. No one contradicted him – not the host of the show, not any of the guests, not any of those calling in after him.

Looking back at all the terrorist atrocities in France in the past 18 months, the attack at the airport in Ankara, the Orlando massacre, the police ambush shootings in Dallas and Baton Rouge, and, of course, the constant attacks in Israel, the world indeed seems to be out of control.


How we got here, to this world full of tension and animosity, a world that seems completely radicalized, is a question for philosophers, historians, and students of human nature. At the moment, the consensus seems to be that we have all become extreme in our beliefs, militant in our actions, unwilling to hear another’s view because we feel threatened.

We see this not just on the world stage but also in our day-to-day lives. People are attacked on social media, by word of mouth, and in pamphlets and “pashkvilim.” Most of the divisiveness seems to begin with religious extremism.

We are threatened in our spirituality so we react with exclusionary religious restrictions and dismiss – even attack – anyone who dares question our beliefs. We dehumanize others without even being aware we’re doing it by demeaning who they are and how they lead their lives. We put up emotional, social, and supposedly devout walls to exclude people in the false belief that these actions will protect us and make us stronger, when all it does is cause more divisiveness and hatred.

There are times when a wall is an imperative. It is a necessity if we are to keep intruders out. Concrete barriers have an important place in protecting us from physical threats. But these barriers never work if they cause us to believe we are better than others. Darchei shalom requires that we do all in our power to avoid conflict. The Rambam implies that darchei shalom requires us to work to promote peace, to engage with others, to be people of the world in one form or another. How many of us actually do so?

I am reading a pamphlet supposedly written by an anonymous rabbi. It is titled “Dear Bachur.” Normally I would not read anything written and posted anonymously. If an author is unwilling to attach his name to a work, I am unwilling to give him the courtesy of my time and interest. However, I was asked to read the booklet by someone who “lost” their child to what they called religious hatred.

“Dear Bachur” is written for young men as a guide to what the anonymous author deems as appropriate God-fearing behavior. Whoever the author is, he not wrong in attempting to set limits for proper behavior in a world filled with madness. The pamphlet is, however, a slanderous, specious work that not so indirectly labels anyone who does not adhere to an extremist view of religious life.

You cannot shop in a mall, the book suggests, and certain social settings are likened to the most dismal of environments. These dens of moral turpitude include pizza shops and bowling alleys.

A vulnerable person reading such claims can be swayed into believing the author’s path is the only way to righteousness, Conversely, other readers may feel that anyone who follows this path is a threat to society. If people choose to isolate themselves, that is fine for them – but labeling those who do not do so as heretics, blasphemers, and forever lost (regardless if the labeling is direct or not) leads to boundless hatred and even more madness.

The fear that dictates the writing of such a pamphlet may be justifiable. Too many young people are misdirected and hurt by temptations they were never given the tools to control. Therein, however, lies the problem. The only tool Rabbi Anonymous offers his readers is avoidance – a rather emotionally immature and in most cases unrealistic option. Not many people can successfully lock themselves away from their society and thrive.

There is an even greater drawback to his suggestion. When confronted with severe restrictions most people tend to become oppositional; many even act counter to stern suggestions. Far from helping the problem, the approach the author suggests will exacerbate it.

Fear undoubtedly translates into acts of dread through the process of rationalization. Anyone can justify any type of behavior if he or she feels sufficiently vulnerable. That justification is intensified when rigid rules dictate every minute move in the belief that there is only one exact, pure direction in life.

This approach is clinically called scrupulosity – where excessive religious or moral guilt leads to impairments in social functioning. Taken to the extreme, it has led to the justification by terrorists for their actions. We must not allow ourselves to follow that same path. We are obligated to move in a direction of peace.

How to Avoid The Pitfalls of Estate Administration 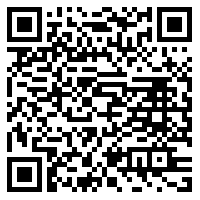