The recent violence in Western Sahara marks the collapse of a 29-year ceasefire between the pro-independence Polisario Front and the pro-autonomy Kingdom of Morocco. The violence mirrors the repeated diplomatic failures of both the parties and the international community to broker a sustainable peace agreement regarding control of the territory.


The conflict was sparked after Spain’s colonial withdrawal from the region in 1975, leaving Mauritania, Morocco, and the Polisario Front in an entrenched conflict over territorial sovereignty.

That same year, the International Court of Justice, while recognizing Morocco’s and Mauritania’s historical ties to the area, filed an advisory opinion that declared those ties central to Morocco’s sovereignty claim. It did not, however, determine the sovereignty aspect over the territory.

The Polisario Front, which represents the Sahrawi Arab Democratic Republic in exile in Tindouf, Algeria, signed a peace agreement with Mauritania in 1979. Sporadic fighting with Morocco continued until 1991, when the two parties reached an agreement calling for a referendum. After the 1991 agreement, Morocco controlled most of the territory.

The UN peacekeeping mission responsible for launching the referendum, MINURSO, brokered a deal in 1997 with the help of the Americans. The deal called for a vote that would give Sahrawis—who are considered the land’s indigenous people—a choice between self-determination and autonomy under the Moroccan Kingdom. But Morocco turned down the referendum’s terms on the grounds that it was not satisfied with who would be allowed to vote.

Morocco’s military is claiming that it merely set up a “security cordon” after elements of the Polisario Front blocked traffic on the only road linking it to Mauritania and the rest of Africa. With that said, it stands ready to resume military operations at the El Guergarat crossing, a buffer zone between the territory claimed by Morocco and the self-declared Sahrawi Arab Democratic Republic.

Brahim Ghali, leader of the Polisario Front, made clear on November 15 that the group will no longer abide by the decades-long truce. The Sahrawis praised the move by the Polisario Front to confront the Moroccan army, claiming they have had enough of the long stalemate that has kept them from claiming sovereignty over the contested land of Western Sahara. This approach should be assessed as an attempt to draw international attention and UN support for discussions leading to a referendum.

Morocco’s foreign minister stated on the same day that his country “remains firmly attached to the preservation of the ceasefire, noting that the operation carried out by the Royal Armed Forces aims precisely to consolidate the ceasefire by preventing the recurrence of such serious and inadmissible acts that violate the military agreement and threaten regional security and stability.”

Algeria is Polisario’s main backer, a fact that has prompted questions about whether Western Sahara is a proxy for a wider regional struggle for influence. Morocco’s longstanding position is that Polisario is a weapon wielded by Algeria in a plot against Rabat.

The Moroccan public relations campaign categorically frames Polisario as an illegitimate separatist entity while it sets about creating facts on the ground. Rabat recently opened a diplomatic mission in Western Sahara in an attempt to bolster its sovereignty claim with international support. This strategy has been quite effective: 44 out of 84 countries that had previously recognized Polisario have since overturned their recognition and support.

The timing of the provocation by the Polisario Front, which was undertaken seemingly out of nowhere after a ceasefire that had lasted decades, warrants a closer look. It is possible that foreign powers encouraged this provocation as a means of interfering with the ongoing process aimed at concluding a peace agreement between Morocco and Israel.

The leak of the initiative by President Trump’s administration on this matter could have served as incitement for non-moderate parties in the Arab world, as well as Iran, to try to torpedo the momentum of reconciliation between Arab countries and Israel that is being conducted under the umbrella of the Abraham Accords.

The Israeli-Moroccan peace initiative has a further significance in that it might contain a dimension of American diplomatic compensation to Morocco in the form of recognition of its sovereignty over Western Sahara. If so, the framework would offer a win-win situation.

It is probable that the Polisario Front fears it will be the scapegoat if Morocco and Israel do manage to come to an agreement for full normalization. Should normalization happen, it would be a threat to Polisario’s raison d’être. This threat might have motivated Polisario to urgently engage Morocco’s opponents—particularly Algeria, which provides shelter to over 100,000 refugees from Western Sahara, as well as Iran.

Tehran is considered by Rabat to be its most dangerous rival, as it has been involved in subversive acts against the Moroccan regime. Tehran and its Lebanese proxy Hezbollah were accused of training and arming Polisario Front fighters with surface-to-air SAM9s, SAM11s, and Strela missiles, with the deliveries conducted via Iran’s embassy in Algiers. Evidence of these deliveries prompted Morocco to sever relations with Iran in May 2018 and to expel the Iranian ambassador to Rabat.

It is reasonable to infer that the Palestinian Authority (PA) also played a role behind the scenes, as it too wishes to torpedo the establishment of full diplomatic relations between Morocco and Israel. The PA is furious that the Abraham Accords changed the traditional rules of the game in the Middle East, leaving the Palestinian question behind.

The above-mentioned activities to disrupt ongoing progress toward normalization between moderate Sunni Arab states and Israel is an indicator that the scope of the Abraham Accords is likely to narrow. The question is whether President-elect Joe Biden will be enthusiastic about continuing a process that will burnish the legacy of Donald Trump.

According to available information, Israeli PM Benjamin Netanyahu is keen to nail down a Moroccan-Israeli-American deal during the transition period in Washington. This issue might have been on the agenda during outgoing Secretary of State Mike Pompeo’s recent visit to Israel. 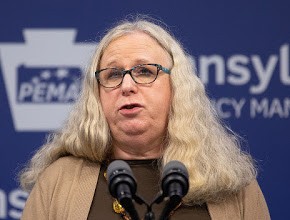