The Iranian Green Revolution had brave Neda Agha-Soltan, and the Pakistanis have the stubbornly courageous Malala Yousufzai. At fourteen, when the Taliban tried to assassinate Malala for promoting education for girls, she had been defying the Taliban for years. Whether these girls are catalysts for sustained revolutions may well depend on how many in the West champion their heroism.

Russian dissident Natan Sharansky tells Westerners that demonstrators would rush to the streets for minutes, risking the gulags, in hope that “at least one foreign journalist was present so that, the next day, at least one Western news source would come out with a story that could in turn elicit a chain reaction of more and greater press attention and, we hoped, a vocal Western response.” The Russian dissidents knew that a vocal response from the West would lend a megaphone to their cause. How devastating it would have been if President Reagan and Americans had failed to rally with them.


One of the insistent voices currently calling on Americans to champion liberty in the face of aggressive “Shariahites” — Shariah is hardline religious code whether pushed under Shia, Sunni, Salafist, or Wahhabist banner — is self-described devout Muslim, Dr. M. Zuhdi Jasser. At a time when the West is asking how to identify and trust moderate Muslims; wondering what to do about insular Islamist communities that are burrowing into city surrounds; and, calculating how to block Islamist political infiltration, Dr. Jasser suggests that moderate Muslims can play a pivotal role in exposing and discrediting the Islamist agents.

In his first book, A Battle For The Soul Of Islam: An American Muslim Patriot’s Fight to Save His Faith, Dr. Jasser demonstrates that his devotion to preserving American ideals against aggressive Islamism has required that he pledge of his own sacred honor as did the founding-era freedom fighters. Close observers would say he has also committed much of his life-energy and fortunes to speaking, writing, and organizing for the cause of American-style individuals’ rights.

Dr. Jasser was born to immigrant Syrian parents in Canton, Ohio. His parents, taking stock of their recent flight from Hafez Assad’s oppressive regime, taught Jasser reverence for the American model of consensual government based upon the rule of law created by elected representatives of the people. He wrote that he also learned what he calls an “intense love” for the American military and the symbolism of democratic alliances that the troops represent around the world.

Jasser’s maternal grandfather was head of the Syrian Shariah Supreme Court from 1975 to 1985; and his paternal grandfather was a journalist-turned-dissident, who ultimately lost his business and his home as exaction for his outspoken criticism of Baathist fascism. Inspired by his grandfathers, Jasser spent many hours with his father re-interpreting Islamic text to provide contexts based on reason and a modern perspective.

The record shows that Jasser, in a society that offered opportunities, excelled in scholarship, and served with distinction in the US Navy. Trained as in internist, he served as a physician on a Charlie-class amphibious cargo ship. Although the Black Hawk Down debacle occurred at this time, Jasser was not singled out as a Muslim for persecution or “hate” messages. He says he comported himself as “an American officer who happened to be Muslim.”

Before entering the private sector with a medical practice in Phoenix, Arizona, Dr. Jasser’s public service culminated with his selection to the highly competitive position of Attending Physician for Congress and the Supreme Court.

Dr. Jasser’s character was most vividly revealed — they say that adversity does not create character, but simply reveals it — in 1995 when he confronted an Islamist “Muslim brotherhood legacy group” head on. After presenting a paper at a medical convention, Jasser stayed an additional day for the opening of the Islamic Society of North America’s (ISNA) annual convention to see what 15,000 Muslims — some in military uniform — had gathered to discuss. One of the headliners, Imam Siraj Wahhaj made claims about replacing the US Constitution, a suggestion that enraged Lt. Com. Jasser to the point where, in his dress whites, Jasser took to the microphone at the close of Wahhaj’s tirade to confront the sedition-like statements. Jasser encouraged military personnel who were in the audience to leave. However, even the most supportive of those who approached Jasser told him he was overreacting. 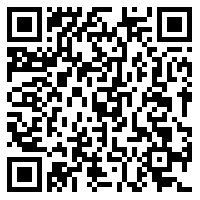