The wisdom of these goals continues to be hotly debated. Yet one thing is now certain: Saddam Hussein’s ability to perpetrate violence against his nation, his neighbors, and the world, is finished. He was executed on December 30. He stands almost alone among modern tyrants in that he received due justice. He is dead as a result of American intervention, as are the two thugs we once feared as his heirs: his sons, Uday and Qusay. This is a magnificent achievement, unthinkable only five years ago.

Contrary to popular perception, we did find some WMD in Iraq after the 2003 invasion, though we did not find the stockpiles we expected. Importantly, as former U.N. chief inspector David Kay reported, we did discover “intent and infrastructure” by Saddam to again “ramp up” WMD production once a tired, divided international community threw in the towel on the inspections process.


Thanks to a simpler process – a hanging – Saddam will never realize his nuclear ambitions. His prophecy of dying a violent death was realized, but, mercifully, not in the giant explosion we all long feared.

The Bush administration’s daunting long-term task in Iraq outlives him, far from completed, and dangerously unstable. But the danger posed by Saddam Hussein is finally over, and that’s a big, big deal – one worth celebrating. 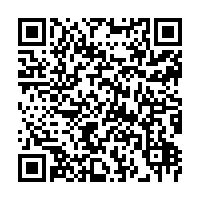