While the international community continues its meltdown over Israel’s new nation state law, Arabs from the PA continue to murder Jews.


Last week a 17-year old Arab terrorist from Ramallah infiltrated the town of Adam, where he stabbed a 31-year old father to death. The terrorist managed to stab two other people, before another resident of the town shot him. The official PA daily subsequently referred to the terrorist as a ‘martyr’.

In other news, the official PA daily recently referred to Israel as “the areas that were occupied in 1948”, making the not so subtle point that the official PA views all of Israel as “occupied Palestine”, hardly a surprise to anyone that follows the PA, but a fact which the international community conveniently ignores.

Even more disturbing, Arab member of Knesset Jamal Zahalka called for “a general strike for the Palestinian people… Our message is a rejection and struggle against the law of Jewish nationalism…” on Facebook on Tuesday, using a map of Israel in the colors of the “Palestinian” flag as a background photo for his message, clearly indicating that he views all of Israel as “Palestine”.

But who cares about Jewish lives and ecological disasters when you have the urgent life-and-death matter of Israel declaring itself a Jewish state and Hebrew the official language?

The international community – including several US Jewish organizations loudly sitting Shiva for the state of Israeli democracy — certainly does not appear to be bothered that Arabs are stabbing Jews to death, nor that Hamas is burning and destroying Israeli land and wildlife in what is arguably one of the worst acts of environmental terrorism in history.

The New Israel Fund, for example, which has been organizing against the nation state law, claims to fight for “environmental justice”. This “justice” evidently does not apply to Arab terrorists ruthlessly destroying the flora and fauna of the land of Israel. The New Israel Fund has not released a single press release deploring Hamas’ destruction of the environment, but like other “liberal” American Jewish organizations it did communicate in May that it was “deeply disturbed that unarmed Palestinian protesters are being killed and wounded by Israeli fire at the Gaza border. Israel has a right to defend its borders and citizens, but must never target unarmed people who pose no threat to security forces”.

Those “unarmed Palestinian protesters” were the ones Hamas was referring to when the terrorist group told an Arab news outlet on May 16 that, “In the last rounds of confrontations, if 62 people were martyred, fifty of the martyrs were Hamas and 12 from the people”.

Similarly, both the ADL and the Union for Reform Judaism loudly lamented the nation state law as causing “enormous” damage to the “democratic character” of the Jewish state, yet they have not published a single statement decrying the actual destruction of Israeli land and wildlife, not to mention the murder of the young Israeli father from Adam.

The last statement the ADL released on the situation in Gaza was on May 15, in which it lamented it as “a horrific tragedy that so many people have been killed and wounded at the Gaza border. Such violence does nothing to bring a two-state solution closer to reality or advance peace and security in the region”. The ADL has never commented on the fact that the “tragedy” it referred to was the death of 50 Hamas terrorists.

Likewise, the Union for Reform Judaism last commented on the Gaza situation on May 14 when it informed the world that it was “…alarmed, concerned, and profoundly saddened by the growing number of Gazan dead and wounded”. Yes, “saddened” by the departure from this world of 50 Hamas terrorists clamoring for Jewish blood.

It is an interesting fact that in so vigorously condemning the nation state law “liberal” Jewish organizations have ended up on the same side of the bed with some of the most illiberal organizations and regimes of the world, such as the Organization of Islamic Cooperation (OIC), the representative body of the world’s Muslim countries, which also condemned the nation state law, calling it “racist, void and illegitimate”.  One of the objectives of the OIC, according to its own charter, is “To support and empower the Palestinian people to exercise their right to selfdetermination and establish their sovereign State with Al-Quds Al-Sharif as its capital, while safeguarding its historic and Islamic character as well as the Holy places therein”. In plain English, the OIC would like to see Israel replaced with “Palestine”, obviously.

One might argue that the discovery that one shares the same views as the OIC, even if limited to certain matters, ought to cause those Jewish organizations to pause and consider whether their approach to Israel is truly a wise one. 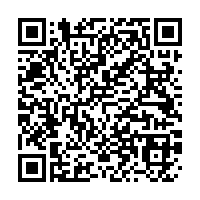