As Israel prepared to commemorate its fallen soldiers and victims of terror on Yom Hazikaron (Remembrance Day) tomorrow, the Israeli government appeared to be giving in to the latest round of warfare launched by Iranian proxies Hamas and Islamic Jihad from Gaza by agreeing to a ceasefire, which came into effect early Monday morning.


Some 700 rockets  were launched at Israeli civilians from Gaza in the past couple of days, killing four Israelis and injuring 150 more. Early on, Hamas and Islamic Jihad, evidently emboldened by the Israeli response, announced that unless Israel stop its ‘aggression’ they would increase the range of the rockets, which mainly pummeled the south of the country, but nevertheless reached as far as Beit Shemesh.

The last time Israel saw such an intense round of rocket attacks was in November, when those same terrorist groups launched more than 500 rockets and wounded nearly 100 Israelis. Israel’s response then was to attack 160 Hamas and Islamic Jihad terror targets in the Strip, including tunnels and military compounds, but mainly targeting empty buildings, not actual terrorists.

This time, according to Benjamin Netanyahu, “Over the past two days, we have hit Hamas and Islamic Jihad with great force, attacking over 350 targets and terrorist leaders and activists, and destroying terrorist infrastructure”. Not commenting on the de facto ceasefire, Netanyahu noted, “The campaign is not over and requires patience and judgment. We are preparing to continue. The goal was and remains to ensure the peace and security of the residents of the south.”

While Iranian proxy terrorist groups should not determine when and how Israel responds – Israel may choose to respond again after the massively hyped Eurovision music contest is over on May 18 or at a later point of its choosing or it may even combine a later military effort with other efforts to starve the enemy of its oxygen – the problem lies in the PM’s declared limited goal of ‘ensuring the peace and security’ of the south. The goal should be total victory: A complete and utter defeat of the enemy, by military as well as financial means. Anything less, as the past 15 years have amply proven, will only lead to escalation. The initial reaction of Hamas to the announcement, once again, confirmed the familiar pattern. “The resistance managed to deter the IDF,” said Sami Abu Zuhri, a Hamas spokesperson, “Our message is that this round is over, but the conflict will not end until we regain our rights.” That is short for annihilating Israel.

Israel has found itself at war with Gaza for nearly 15 years, since evacuating Gaza in 2005, leaving the strip to govern itself. It has been one of the strangest wars the world has seen:

Since the evacuation of Gaza, a move that was supposed to bring ‘peace’, Israeli civilians have found themselves sitting ducks for Gaza’s war efforts, namely the rockets indiscriminately launched at them from Gaza. Meanwhile the IDF, one of the strongest and most capable militaries in the world, has had the range of its military response amputated by the political echelon, mainly resorting to bombing empty buildings in response, a symbolic activity that has not brought an end to the hostilities.

The reason for this policy of limited response, has been an Israeli inability to handle Hamas’s so-called double war crimes – shooting at Israeli civilians, a war crime in itself, from densely populated civilian areas, also a war crime in itself – confounded by the fact that those double war crimes are rarely ever called out as such by an international community that has made it a priority to condemn Israel for whatever action it takes in the area. And so it has come to pass that a weak asymmetrical enemy, Hamas and Islamic Jihad under the direction of Iran, has de facto been allowed to call the shots of this long war, deciding when to cease fire and when to resume it. Unless something drastic occurs that is exactly what will happen in the current installment of the 15-year war.

That is, however, not only bad for Israeli civilians, especially those in the south who suffer the brunt of the attacks, but also for Israeli military deterrence. Every installment of Gaza’s war on Israel is being closely watched by all of Israel’s enemies – Iran, its proxy Hezbollah in Lebanon, and its operatives in Syria, among others. They observe Israel’s responses or lack of such and draw their own conclusions. Indeed, Israeli officials reportedly worried that Hezbollah in Lebanon would open a northern front by launching an attack. Seeing a weak Israeli response, however, is only likely to embolden them.

The words at the official ceremonies for Yom Hazikaron and Yom Haatzmaut (Independence Day) this week will ring rather hollow, unless Israel finally begins to aim seriously for an end to the 15-year war – not just the buying of a short and temporary period of peace and quiet. 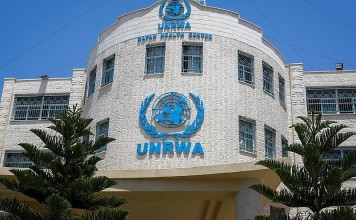 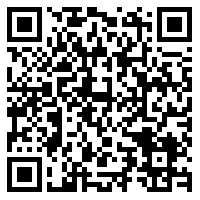