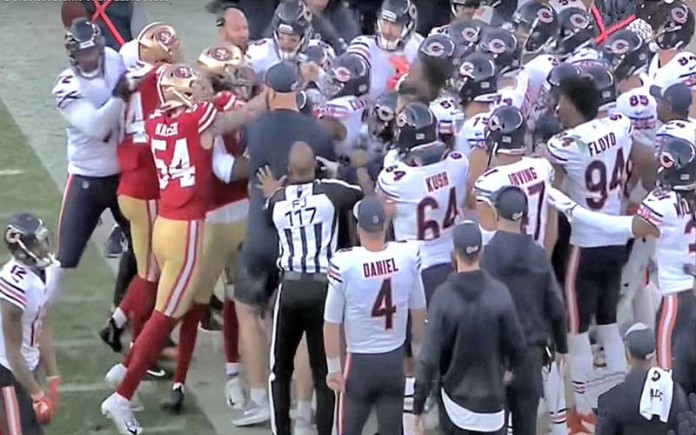 Orthodox Jews have long criticized our non-Orthodox brethren for distorting the Torah by reducing it to a mere handmaiden to progressive political values. But in the last five – ten years our community has increasingly become guilty of the same crime, albeit in a mostly different political direction.

Our inboxes are inundated with newsletters, podcasts, lectures, and essays dedicated to a new brand of political Torah. Prominent rabbis identify explicitly or implicitly with political parties (usually Republicans), speak at their conventions, and freely associate with rabble-rousing, hate-spewing political hosts who have built their brands on the backs of those they mock mercilessly. By legitimating these “shock jocks,” who have elevated hate speech from a severe biblical prohibition into an imaginary moral mandate, we thereby assimilate into today’s fashionable mainstream right-wing political circles.

While these thought pieces are garbed in the guise of intellectual sophistication, too often they are really just dressed-up skirmishes in the culture wars. Whether we identify Torah with liberal or conservative politics, the outcome is the same: We degrade the teaching of Torah, effectively rendering it a game of political football.

Like football, these thought pieces are often not about seeking the divine truth but about winning. Like football, loyalty to the home team takes precedence to nearly all else. And like football, the endpoint of arriving at the “correct” predetermined conclusion supersedes the humble journey of the seeker grasping for eternity. Intellectual assuredness is preferred to humility, because the former leads to political victories, whereas the latter is merely the uninteresting posture of people such as Moshe Rabbeinu.

Above all, playing politics with Torah treats Torah like a plaything to be tossed around. In football, some incomplete passes are inevitable. If the ball falls flat on the floor or gets scuffed up, it’s just part of the game. Worst comes to worst, if the ball somehow is ruined, it can always be discarded and replaced at halftime or in time for the next game. But we dare not cavalierly throw around the Torah as if it’s part of a political game. It’s not a plaything that can simply be discarded. It’s a sacred text to be treasured, revered, and explored again and again and again.

Of course, Torah does carry important implications for contemporary political issues. And careful Torah study should serve to frame and help us think about the issues du jour. Accordingly, Rav Soloveitchik declared that there is a 14th Ani Ma’amin or principle of faith, namely that Torah is relevant in every generation. Or, as he put it in relation to the State of Israel, the essence of Religious Zionism is the belief that Torah must not be tucked away in a societal corner, but must be shown to be relevant to all people and at all times.

Yet its degradation to mere intellectual fodder is an affront to Torah. The Mishnah (Avot 4:5) teaches that Torah must not be used as kardom lahpor bah, a shovel clearing the way to personal advancement. Today we would do well to extend a similar principle to anyone who uses Torah to forward a particular political agenda.

The same holds for the concept of Torah lishmah, study for its own sake. The commentators dispute the exact meaning of this phrase: does it, for example, refer to study for the sake of G-d (R. Shneur Zalman of Liadi) or for the Torah itself (R. Chaim of Volozhin)? But by all accounts, it does not mean study with a predetermined political outcome. Torah-as-political-football is decidedly not Torah lishmah, and we can be confident that it is highly unlikely to be the sort of Torah shelo lishmah that will eventually lead to Torah lishmah (see Pesahim 50b and Sanhedrin 105b).

This point should be clear but has been obscured in recent years. No matter how brilliant or talented, one who relegates Torah to mere ammunition in the culture wars bastardizes the Torah, cheapens our tradition, and distorts G-d’s sacred word beyond recognition.

It is an insult to Torah, not to mention to our intelligence, to diminish it as a tool in political warfare. Money talks, and because there is much cash being poured into political agendas, influential members in our community are tempted to sell out and jump on board with the party line, or at least overlook the most egregious cases of those who have sold out. But the price is far too high. Ultimately it is we, the Torah, and G-d’s elevated reputation that are the true losers in the new Orthodox politics. We all lose as Torah devolves into a blood sport.

Torah is timely precisely because it is timeless. It encompasses contemporary issues but transcends them. It descended to earth but its roots remain eternally in heaven. Dragging Torah into political mudslinging makes a mockery of the way Torah is meant to cultivate our character, refine our society, and bring about the messianic era of peace and harmony. We dare not stand by idly while the antithesis unfolds before our eyes.

Turning Torah into Republican or any other political talking points is fundamentally akin to reducing Torah to tikkun olam. Both are forms of assimilation that betray the supernal and eternal nature of Torah. Instead of seeing how we can wield Torah to score points for our team, let’s delve into its teachings with open minds and hearts, and allow our souls to be shaped and elevated by the eternal word of the divine.