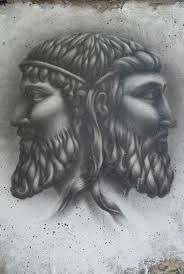 Though American foreign policy has always vacillated, its actual practice has managed at least the appearance of consistency. But in a period when American society as a whole is undergoing a psychodrama regarding race, class, history, climate, and “whiteness,” it is not surprising that diplomatic practitioners have been affected.

Secretary of State Antony Blinken and UN Ambassador Linda Thomas-Greenfield are telling examples of both intellectual trends among American elites and the institution of American diplomacy. For both, there are extraordinary crises that must be addressed immediately by the global community. But the contrasts between Blinken’s level presentation of globally oriented technocratic “expertise” and Thomas-Greenfield’s full-bore anti-Americanism cannot be more profound. In neither case do American interests come first. Can they been reconciled or explained?


Antony Blinken’s pedigree as a certified internationalist (and fluent French speaker) need not be recapitulated. His return to the State Department was heralded as the return of American probity and leadership. What are his priorities and methods? His remarks to the Virtual Leaders Summit on Climate are indicative. “What the United States can do at home can make a significant contribution toward keeping the Earth’s warming to 1.5 degrees Celsius,” he stated, without elaboration. “But of course, no country can overcome this existential threat alone.”

Elsewhere, Blinken has depicted human-induced climate change as a veritable Frankstein’s monster causing “[m]ore frequent and more intense storms; longer dry spells; bigger floods; more extreme heat and more extreme cold; faster sea level rise; more people displaced; more pollution; more asthma,” as well as “Higher health costs; less predictable seasons for farmers. And all of that will hit low-income, black and brown communities the hardest.” Almost as bad, “Russia is exploiting this change to try to exert control over new spaces. It is modernizing its bases in the Arctic and building new ones, including one just 300 miles from Alaska. China is increasing its presence in the Arctic, too.”

To address these unfolding horrors, America will put “climate crisis at the center of our foreign policy and national security, as President Biden instructed us to do in his first week in office. That means taking into account how every bilateral and multilateral engagement—every policy decision—will impact our goal of putting the world on a safer, more sustainable path.” The US will then “mobilize resources, institutional know-how, technical expertise from across our government, the private sector, NGOs, and research universities” and “emphasize assisting the countries being hit hardest by climate change,” notably by “leveraging instruments like the financing provided by the Export-Import Bank to incentivize renewable energy exports; the proposed expansion of tax credits for clean energy generation and storage in the President’s American Jobs Plan; and the Administration’s ongoing efforts to level the global playing field for American-made products and services.”

Blinken expresses a modernist faith that problems can be overcome with technology and the sharing of money. The subtext, however, is a moral panic in which humanity and modernity are themselves scourges to be tamed if not reversed, and which hints that conventional politics and persuasion are inadequate. Technocrats wielding power is the only possible avenue to avert disaster.

Thomas-Greenfield’s animadversions are more easily parsed. In remarks she made at an event honoring racist antisemite Rev. Al Sharpton’s National Action Network, she lauded Sharpton’s “activism” and touted American global engagement, warning that if “we go it alone, and retreat from the world, then we let existing inequalities fester.”

We rejoined the World Health Organization because we believe we can make the WHO smarter, nimbler, and more just by rolling up our sleeves and getting involved. We proudly rejoined the Paris Agreement because the only way to reverse the effects of the climate crisis is to join forces. And we know that if we don’t act, poorer communities and communities of color, especially in the Global South, will suffer the most. And we immediately re-engaged with the Human Rights Council, and have announced our intention to seek election to that body, so that we can advance our most cherished democratic values around the globe.

Thomas-Greenfield’s faith in elite-run institutions is absolute, as it is for Blinken, but her promotion of ill-defined “democratic values” rather than American security and interests (much less American values) is telling. More so is her indictment that “when we raise issues of equity and justice at the global scale, we have to approach them with humility.” She then offered personal testimony, in the religious sense, regarding how bad American racism has been: her great-great-grandmother was a slave and she herself grew up in the segregated South during the 1950s.

“White supremacy” is effectively proposed as the predominant American and global form of racism, which she has experienced not only in the US but around the world. And while acknowledging that in “Burma, where Rohingya and others have been oppressed, abused, and killed in staggering numbers[;] or in China, where the government has committed genocide and crimes against humanity against Uyghurs and members of other ethnic and religious minority groups,” it was the Black Lives Matters movement and its spread from Minneapolis around the world that offered the greatest hope.

Thomas-Greenfield’s bizarre statement was widely excoriated for denigrating American failings rather than celebrating its successes. Stating that America was born in sin, and that all share that sin, was intended as an act of contrition that would legitimize leadership. In the real world, it palpably undercut American leadership. But there is little doubt that her animus is real. It unintentionally depicts not humility but an open-ended condition of self-righteous victimhood, from which will flow (in a vaguely Maoist fashion) endless revolutionary power to condemn and accumulate.

Neither diplomat evinces a sense that America is special in any positive way. This may be another reaction against Trump’s malaprop advocacy of “America First,” but the problem is deeper. In one conception, the US is merely the richest and strongest state in the world, a condition that automatically brings onerous responsibilities, primarily toward others. In the other it is uniquely evil, which undercuts its ability to lead by word and perhaps by deed. Mapping the premise of “white supremacy” on the world has consequences.

But in a sense, both approaches help explain otherwise bizarre policies, such as the Obama-Biden effort to revive, empower, and nuclearize Iran as an act of expiation and even self-erasure. Certainly the current crisis at the US southern border, where close to 200,000 migrants have suddenly flooded in thanks to the Biden administration’s surrender of enforcement, may also be explained this way. As always, self-loathing for real and imagined guilt and self-love for righteous efforts to correct real and imagined wrongs are one and the same.

The American imposition of local categories onto others and disregard of individual histories is underpinned by the unique American Protestant legacy of Puritanism and Wilsonian internationalism. This unforgiving and always crusading moralism expresses itself through devotion to modernist contrivances such as global governance and human rights, which, along with environmentalism, have been elevated to the status of secular religion and are presented as normative, salvific, and liberatory. Blinken and Greenfield are thus two sides of the same coin.

But an American leadership that is dedicated to the intricate processes of global governance, which proposes to simultaneously resolve planetary geochemistry and adjudicate incidents involving local law enforcement even as it maps its own putative sins on to the world—and which expresses self-hatred that must then be corrected in others—is a fickle ally. As Saudi Arabia and Israel have quickly learned, their situations can be swept up in America’s nervous breakdown. Saudis have become the sole party in Yemen despite nightly volleys of Iranian ballistic missiles launched by Houthis. Israelis—battling their own quiet war against Iranian imperialism—have, in the eyes of many American intellectuals, been redefined as ”white” “settler colonialists,” somehow like 19th century Swedish farmers in Minnesota. Framing the world in uniquely American terms, many of which don’t even apply to America in the first place, is an exercise in vanity and a fight against reality.

What is the future for this Janus-faced approach? The case of John Kerry, former senator and secretary of state and now special climate representative, is instructive in defining the bottom line. No one in recent history had embodied both trends as much as Kerry, with his globetrotting, high-minded internationalism and dark moralizing about the ills of American history and endless responsibilities to others.

His latest trip to China was another of many meant to “woo” his hosts away from fossil fuels. “Yes, we have big disagreements with China on some key issues, absolutely. But climate has to stand alone,” Kerry was quoted as saying. But, as the BBC put it, the bottom line is that “China wants the US to give more cash to developing countries to obtain clean technology and adapt to climate change.” Sin might be insurmountable, but giving alms never goes out of style.

(Written by Alex Joffe and reposted from the BESA Center website} 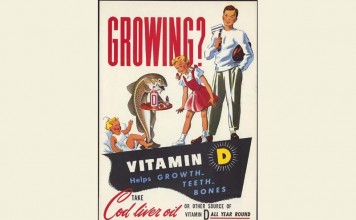 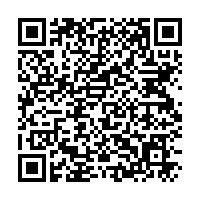