The only country in the world to be officially condemned by the UN Human Rights Council for defending its own borders is Israel.


Since March of last year, Israel has defended itself against armed terrorists vowing to “tear out the hearts” of Israelis and “erase” the border with Israel; rocket attacks (in November, almost 500 rockets were shot at Israel from Gaza in less than 24 hours); incendiary devices – including burning tires and other incendiary devices, some of them attached to live birds, that have burned thousands of acres of land and wildlife — and booby-trapped balloons aimed at Israeli children.

In May, the UN Human Rights Council voted in favor of  establishing, a commission of inquiry (COI) to “Investigate all alleged violations and abuses of international humanitarian law and international human rights law in the Occupied Palestinian Territory (OPT), including East Jerusalem, particularly in the occupied Gaza Strip, in the context of the military assaults on the large-scale civilian protests that began on 30 March 2018, whether before, during or after”.

The executive summary of that report was recently published. According to the members of the COI, “The commission has reasonable grounds to believe that during the Great March of Return, Israeli soldiers committed violations of international human rights and humanitarian law,” and, “Some of those violations may constitute war crimes or crimes against humanity, and must be immediately investigated by Israel.”

To begin with, one of the basic premises of the commission’s mandate is fundamentally flawed: Gaza is not “occupied” by Israel, as the mandate of the commission claims. In August 2005, over 13 years ago, Israel withdrew its military from the strip, along with the 8,500 Israeli civilians who had built communities there, a widely-known fact that the UN Human Rights Council chose to distort, making it clear from the outset that the commission of inquiry would put very little premium on facts in its examination. Its conclusions, therefore, should invite even more skeptical scrutiny than usual.

The acclaimed watchdog, NGO Monitor, recently concluded that the report was based on “shoddy researching and reporting”, including relying “heavily on Palestinian sources, including Hamas and terror-linked non-governmental organizations (NGOs)”, using “anonymous and unverifiable ‘testimonies’” and, mixing up, throughout the report, “Concepts of international human rights and humanitarian law and applicable rules and standards”.

This, of course, is standard fare coming from a UN body, which so unapologetically sides with Hamas when dealing with the conflict. On 15 May, for example, the UN Security Council held a minute of silence for 62 Gazans, at least 50 of whom were terrorists. The next day, Hamas told an Arab news outlet that, “In the last rounds of confrontations, if 62 people were martyred, fifty of the martyrs were Hamas and 12 from the people”. The UN Security Council had not bothered to check the identity of the people they were grieving for, but then again, facts evidently do not carry much weight within the UN system.

Furthermore, the UN habitually calls on  “all parties” to “show restraint”, even though there is only one aggressive party, Hamas, and another party, Israel, which restrains itself from putting an end to the conflict with Hamas out of fear of how the international community might react, among other things. By tying Israel’s hands behind its back in this way, the UN emboldens and indeed encourages Hamas to carry on its terrorism against Israel – and keeps the conflict alive ad infinitum.

Israel’s message that it aims to take out terrorist operatives, not civilians, whom it always warns to evacuate ahead of operations is entirely lost on the UN, which is adamant to promote its own ‘narrative’ about the conflict – a narrative with which facts are not allowed to interfere. 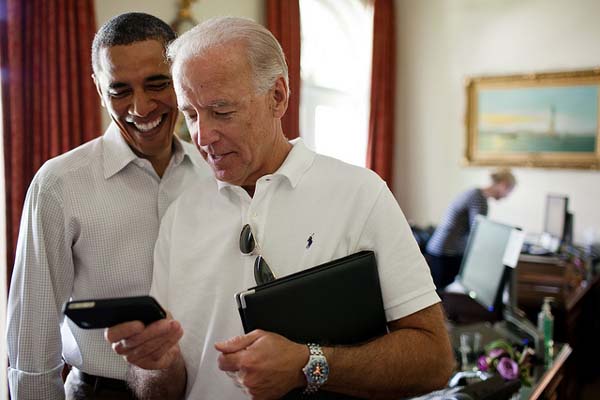 Arabs Warn Biden: We Do Not Want Another Obama!