The angry clamoring of the UN, the EU and other international actors over Israel’s actions and policies since the Jewish nation state reappeared on the stage in 1948 has grown increasingly obsessive, approximating a kind of mass hysteria, over the years. This fixation on Israeli actions is especially noteworthy in the context of deadly conflicts playing out all around Israel’s borders.


The international actors who like to think that they are the moral conscience of the international community have mustered little more than a shrug in the direction of the horrors that have played out in Syria, for example, over the last seven years.

Those same actors have barely blinked over the torture, rape, and mass murder of Syrians and Iraqis – Yezidi, Kurd, Christian and Muslim. Most recently, this international community has shown its moral stature by largely ignoring the Turkish military onslaught on Afrin, the Kurdish enclave in the north of Syria.

The lesson – clear to even the most amateurish historian – is that the world at large accepts only one currency: Strength.

In the case of Israel, the international community, the majority of the mainstream media and the left’s many political and cultural organizations, all claim to be fighting for the sake of ‘peace’, even if such a concept barely translates into anything meaningful in the region.

Muslims have been killing each other, as well as non-Muslims, along sectarian lines for centuries. The entire Middle East is crisscrossed with the remains of the blood baths of internecine Muslim on Muslim war. And still the false, almost insane, idea that people who fight to death among themselves will accept the presence of a universally hated enemy – the Jews – in their midst is marketed not only as a slightly crazy, optimistic idea, but as an imperative that Israel must accept. Israel took the bait in 1993 – Oslo – and has been paying the price in blood ever since.

The international community’s obsession with Israel has led to a fixation on ‘peace’, but only concerning the Israeli-PLO conflict, not regarding Kurdistan, for example. This fixation, which has taken the concrete form of enormous financial and political investment in Arab infrastructure, mainly devoted to political and terrorist warfare against Israel, has in effect rendered any kind of ‘peace’ illusory in the present and for generations to come.

In other words, in practice, the international community undermines the prospects for Arab-Israeli peace by nourishing Islamist Arab fantasies about destroying the Jewish state. Literally by financially supporting the survival of terrorist entities, such as the PLO. While the international community will let Christians, Yezidis and Kurds fall by the wayside, they have never abandoned the Palestinian Authority, despite its open pursuit of terrorism and the slow-phased destruction of Israel.

That is hardly a coincidence.

Much of the international community never genuinely supported the reestablishment of Israel in the first place. The world was more driven by Holocaust guilt than any genuine recognition of the return of the Jewish people to its ancestral homeland. Few decision-makers at the time believed that the Jews would accept the suicidal borders of the UN partition plan of 1947. Even fewer of them believed that Israel would survive the pan-Arab assault on the Jewish state in 1948.

Israel this week celebrates its 70th birthday as a reborn modern Jewish state. After more than seven decades of murderous Arab hostility, the international community still seeks to foist a partition plan upon Israel, now widely known as the ‘two state solution’. It does so by falsely presenting the conflict as territorial instead of existential, thereby putting pressure on Israel to withdraw unilaterally from Judea and Samaria, as it did with Gaza.

The international community ignores Hamas’ and PLO’s genocidal propaganda against Israel and Jews, while denying Israel the universal right of self-defense by falsely – and automatically – branding all Israeli military operations as “disproportionate” and “excessive”. This is topped off by an Orwellian strand of propaganda that presents Arab aggressors as “victims”, while branding Israel as the “villain” for defending her right to exist.

As Israel commemorates the Shoah, the lesson of the Holocaust that has been magnified repeatedly in recent years by the utter passivity of the international community in the face of deadly carnage against the weak groups of the Middle East, is that Israel can only rely on itself.

If the Holocaust were to happen again, the international community would shrug and move on. This is worth keeping in mind, as Israel proceeds to tackle the pressing military and political issues of the coming months and years. 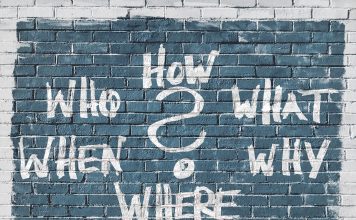