Certainly the Holocaust speech was deeply offensive. It was an insult to the memory of the Six Million. More than that, it (yet again) exposed Abbas as an irrational lunatic, whose signature on a peace agreement would be worthless. But the public honoring of terrorism is, in a sense, even worse – because it directly incites Palestinians to murder Jews.

It was interesting to see that Abbas’s statements about the Holocaust triggered criticism even from some of his stalwart Western allies, such as the New York Times, the European Union, and American Jewish “peace” groups. But I take their comments with more than a grain of salt. After all, Abbas has made plenty of outrageous remarks about Jews, Israel, and the Holocaust over the years, and the Left was consistently silent.

My sense is that they spoke up now for one reason only: They see Abbas’s statements as endangering the entire cause of Palestinian statehood, so they felt they had to distance themselves from his Holocaust-blame remarks lest they lose credibility.

Abbas, seeing his usually faithful allies abandoning him in droves, quickly issued a non-apologetic apology. Basically what he said is that he’s sorry if anybody wrongly interpreted his statement to be anti-Jewish, but he didn’t mean it that way, so we should all just shut up.

What Abbas should really be apologizing for, though, is his public honoring of Um Nasser Abu Hmeid, who has become famous in Palestinian Arab society because four of her sons are serving a combined total of 18 life sentences in Israeli jails for murdering Jews. Her fifth son was killed while attempting to murder Jews.

Thanks to Palestinian Media Watch – and no thanks to CNN or the Washington Post, which ignored the story – we know that on April 25, Abbas gave Mrs. Abu Hmeid the red-carpet treatment.

Emerging from the meeting, Mrs. Abu Hmeid declared: “I am proud to meet with [Abbas]. We salute him for his positions supporting the prisoners, for his vigor in taking care of their families, and for taking an interest in their welfare. I conveyed to his honor the president the blessings of the prisoners and their support for him and his efforts to realize our people’s hope.”

The terrorists’ mother added: “The president emphasized that no peace agreement will be signed without all of the prisoners being released. This is an important and central matter for our people, because the prisoners’ cause is the heart of the conflict…”

Abbas Zaki, a member of the Fatah Central Committee (which Mahmoud Abbas chairs) who accompanied Mrs. Abu Hmeid, said: “Um Nasser is a precious, mighty, and beloved woman. We identify with her and consider her children entrusted to us because they sacrificed their freedom for the Palestinian cause and people.” Zaki’s statement was broadcast on official Palestinian Authority Television.

By presenting Mrs. Abu Hmeid as a heroine and role model, Mahmoud Abbas is sending a message to every Palestinian girl that she should aspire to emulate her, and to every Palestinian boy that he should strive to emulate her sons – that is, by murdering Jews. And by broadcasting his embrace of the terrorists’ mother in PA-controlled news media, Abbas is doing everything he can to ensure that the Palestinian public participates in the glorification of the murderers.

J Street has not issued a press release condemning Abbas for honoring the terrorists’ mother, and the New York Times will not be publishing any editorial about it. They are betting that Abbas and his regime can continue to get away with such behavior without endangering the cause of Palestinian statehood.

The late Senator Daniel Patrick Moynihan coined the term “defining deviance down” – the normalizing of behavior that should be considered unacceptable by civilized society. That’s the problem we face with Palestinian leaders who glorify – and thereby incite – the murder of Jews. They do it so often that it starts to seem as if it’s normal. And, of course, advocates of the Palestinian cause want such behavior to be treated as normal – so that nobody will view their behavior as proof that they cannot be trusted with a state.

Sadly, some respectable American Jewish leaders are afraid they will be called “extreme” or “anti-Arab” if they speak out too strongly or too often against such Palestinian behavior – so they have remained silent.

Silence in these circumstances, though, is deadly. It allows the incitement to continue. The only hope for ever achieving a meaningful peace in the Middle East is to bring about the transformation of Palestinian society. That must begin with Palestinian leaders unequivocally and publicly denouncing the murder of Jews. And for that to happen, Jewish leaders – indeed, all good people – need to speak up. 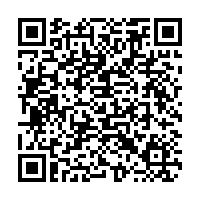