We are at war. We are all at war, not just our brothers and sisters in Gaza and southern and northern Israel.


But with what are we surrounded? We are surrounded by the Clouds of Glory. If we but look, we will see that God is our shield and protector.

We just completed the book of Genesis/Bereishis. We bid farewell to our father Jacob. There is a famous and astounding passage as he begins to bless his children, the Twelve Tribes of Israel:

“Then Jacob called for his sons and said, ‘Assemble yourselves and I will tell you what will befall you in the End of Days. Gather yourselves and listen, O sons of Jacob, and listen to Israel your father.’” [Genesis 49:1-2]

Rashi tells us that at that moment “the Shechina [Divine Presence] departed from [Jacob]” and he was unable to describe the End of Days to his children. But perhaps one could also look at this passage another way. Perhaps Jacob tells us exactly what we need to know to navigate the End of Days:

“If you assemble yourselves, then you will know what to do in the End of Days. You will gather yourselves. You will listen to Israel your father.”

What does this mean?

If you assemble yourselves as one Nation you will understand what to do in the End of Days. Stop bickering, stop competing, and realize that your only salvation is to come back together as one family living by the eternal laws Our Father in Heaven gave us at Mount Sinai.

A rabbi in Beersheva said last week that he had never before seen so many people in shul, praying, putting on tefillin, starting to keep Shabbos, kosher and other mitzvos. Hundreds of people he had never seen before.

This is happening not just in Beersheva but all over the world. Soldiers who never prayed before are saying Tehillim.

Our father Jacob is telling us, “Wake up, my children. Stop fighting among yourselves. Assemble yourselves as one. Come back home now. Return to Torah. Return to unity. Return to Israel. This is the time to assemble as One Nation because God is preparing the imminent Final Redemption for you, to take you out of the subservience to the values of other nations, and for this you must assemble as one and rededicate yourselves to the service of God.”

Gather yourselves: Prepare to receive the Torah again, the way we did at Mount Sinai, as, in the words of Rashi, “one man with one heart.” When we marched through the desert we were surrounded by Clouds of Glory that protected us from enemy arrows and missiles, snakes and scorpions, the burning sand and the freezing night. We ate manna and we drank water from the traveling well of Miriam.

Today, if we but look, we will see the same thing happening. Every day, we hear of miracles. God is saving His children.

Our friend was sitting shiva recently for her father, who grew up in Europe. As a young boy, he saw with his own eyes his father, a chazzan who was leading Kol Nidrei services, shot by the Nazis (may their name be ground to dust) on Yom Kippur night. They took the boy to a concentration camp. He stood at the edge of a grave he had dug, waiting on line to be shot. But he said he felt an angel push him in before he was shot.

He survived, but when he went to Israel at the age of seventeen he gave up all allegiance to God. He wound up at a completely irreligious kibbutz. One night he had a dream. His holy father was pacing up and down, saying “Mendele, if you don’t put on tefillin, I cannot daven for you!” Over and over his father spoke to him. Mendele woke up the next morning and put on tefillin. He left the kibbutz, married, came to America and, at the end of his life, was the patriarch of a magnificent Torah family.

Let us open our eyes to reality. Let us listen to our father Israel. Let us live the way he lived. Let us follow him to life. He battled the angel of Esau and we are battling the angel of Esau. He lived in a world in which Ishmael and Esau teamed up against him and so do we. He emerged victorious by hanging on to the Torah with all his strength and so will we. 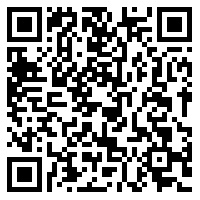