Finding a solution to any conflict or disagreement demands the willingness of all sides and mutual understanding. It can not be accomplished unilaterally.

This is just as true for the so called, “two-state-solution”. On a practical level, it was never more than a “two-state-slogan”, or a theoretical idea – and not an especially successful one at that. It is unsuccessful even theoretically, because Israel cannot live with the inevitable outcome – the loss of control between the “River and the Sea” in two crucial aspects: Security and demography.

From our history of nearly 100 years, we learn that territorial compromise never worked. At the crucial moment, the Arabs always said “no”. No to any solution based on this idea, no matter where the lines were drawn or how the land was divided. They always rejected the possibility of two states.

This was true in 1937, when the “Peel Commission” made their proposal, and again in 1947, when UN Partition Plan was passed – even though the Arabs were offered the majority of the country.

The same goes for the generous offers made by Prime Ministers Ehud Barak (in 2000) or Ehud Olmert (in 2008), even though both of them accepted most of the Palestinian demands.

This Palestinian rejection also explains why bilateral negotiations – that have lasted for a generation since Oslo – have not only failed to solve the conflict, but have not brought us any closer to peace, security or stability.

What is behind the rejectionism is the fact that Arab side never wanted to end the conflict. Their goal was always to carry on the conflict with a better hand. Not the end of the conflict, but the end of Israel’s existence.

In this regard, there is no difference between the various Palestinian factions, whether Hamas or Fatah.  The only difference is in the means and in how effective their different methods are in achieving their goal. When we understand this, we understand that almost every Palestinian achievement harms Israel, and vice versa (with very few exceptions). Palestinian achievements have worsened our situation, without bringing us any closer to a solution.

It is also important to understand that all that the Palestinians have ever achieved was as a result of our actions. For example:

Territory: They did not occupy  a single meter militarily. The Palestinian Authority was established on land that was handed over by Israel under the Oslo Accords. This was after Israel returned the PLO gangs from Tunis (expelled from Lebanon in the 1982 Lebanon War). And another territory given after a unilateral withdrawal (Gaza) as the result of an Israeli decision.

Political status: The Palestinian’s political status as a so-called “state” at the United Nations, or other international institutions, was granted only after Israel accepted the model of two states, that is, the acceptance of their right to a state between the Sea and the Jordan River. All as long as Israel opposed a Palestinian state – this didn’t happen.

Since the early days of the conflict, Ze’ev Jabotinsky proposed an alternative approach to the left-wing idea, centered on the understanding that there is no possibility of reaching an agreement of their own volition. Jabotinsky wrote about the concept of the (Kir Barzel) an “Iron Wall”. This is the right basis for understanding the reality also today:

Of course, according to Jabotinsky’s view, the type of understanding or agreement that would be possible to reach in the future would be quite different in nature.

If we accept this analysis – we must move to a binary approach, to the concept of “zero-sum game” in the struggle between us and the Palestinians, in all its different aspects. The victory paradigm assumes (like the Iron Wall) that an agreement may be possible in the future, but after Israel’s victory is clear and absolute. In other words, when there is a lack of choice on the part of those who do not want compromise (i.e., the Palestinians).

But we must understand that moving to the “Israel Victory paradigm”, requires the abandonment of the Oslo concept. That is, the concept that peace and security will be achieved through two states between the Sea and the Jordan River.

At the end of the day, the only way to find a solution (in the future), is to find a way to tie, or to link, Palestinian autonomy in Judea and Samaria, to the Kingdom of Jordan. Don’t forget that the Palestinians of Judea and Samaria were Jordanian citizens until 1988, when the King unilaterally, and illegally, took it away.

Israel must return to the classic Zionist idea of creating and securing critical mass between the Sea and the Jordan River.

For example, on the political side, I praise the Prime Minister’s efforts to bring more embassies to Jerusalem. I would add that the Jewish majority in Jerusalem must be strengthened, and there is a need to promote large-scale construction in the Jewish neighborhoods of Jerusalem.

The future of Jerusalem will be determined, first and foremost, by the facts on the ground. By the clear Jewish demographic majority – and this has begun to be challenged.

The Victory Concept requires a clear Israeli claim to Area C. It needs us to set the objective of Israeli sovereignty in this territory, including in the Israeli settlements in Judea and Samaria and in the Jordan Valley.

The Victory Concept requires Israel to take action to stop the Palestinian attempt, supported by the European Union, to take control over lands in Area C.

The classic Zionist concept understood the importance of, and the need to, take action in order to see positive change – especially in the demographic equation. It did not attempt to create a false conflict between our territorial and demographic interests.

We must return the issue of Aliyah, Jewish immigration, to the very heart of the national agenda. We must take advantage of the opportunities that exist today to support and realize the dream, of bringing the Jewish people back to their homeland.

All these are important policy points, guided by the principle of ensuring an “Israeli victory”.

Such a policy must also see a change in the way Israel conducts its public relations around the world, and talks about its principles.

Instead of continuing to swear allegiance to a dangerous and unrealistic idea such as Oslo, Israel’s representatives must begin to tell the world, and explain the truth. The reality and our real interests. 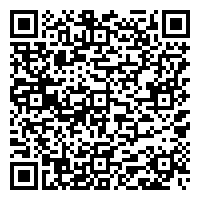