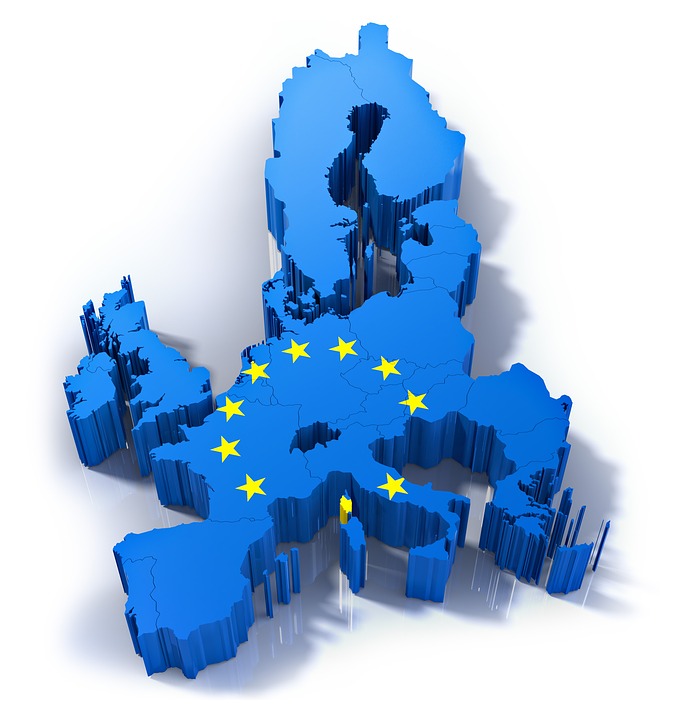 The program is intended to prevent anti-Semitism in all its forms, promote Holocaust research, education and remembrance, and initiate programs to raise awareness about Jewish life and culture in Europe.


The commission says it will lead the creation of a network of organizations across Europe to flag anti-Semitism content online, and will develop “counter-narratives.” It will also work with tech companies and retailers to prevent the online sale of Nazi-themed merchandise.

Yet the European Union continues to funnel money to the Palestinians even while they pour out antisemitism and remain committed to eradicating Israel. Their educational materials, for which the E.U. helps pay, promote hatred of Jews and incitement to murder Israelis and steal their land.

The E.U. also enables the Palestinian Authority to pay the families of terrorists for murdering Israelis. Last December, the P.A. announced that the E.U. had contributed 54 percent of the cost of benefits for “needy” families.

By so substantially helping provide for the “Palestinian needy,” the E.U. allows the P.A. to use its own funds in order to pay rewards for terror. The purported wall between welfare assistance and “pay-for-slay” is an illusion.

The E.U. is also pouring money in to create a de facto Palestinian state, regardless of the Palestinian strategy of using such a state to destroy Israel—and while the E.U. condemns Israel for “illegally” building homes for Israelis in these disputed territories.

The Palestinian news service Wafa recently reported that Germany had pledged 100 million euros to the Palestinian Authority over the next two years for projects in the Gaza Strip, eastern Jerusalem and Palestinian settlements in “Area C.”

This was merely an installment of a 3 billion euro spending plan by 2030 designed to advance the creation of a Palestinian state, with different countries being allocated different areas in which to concentrate their funds.

According to Wafa, the Palestinian prime minister Mohammed Shtayyeh “expressed … his appreciation and thanks to the government and people of Germany for their generous and continuous support and continuing commitment to the rights of the Palestinian people to liberation, independence, and to establish their independent Palestinian state on the 1967 borders with Jerusalem as its capital, and the right of return for refugees.”

Like others in the West, the E.U. refuses to accept that the poster-cause of the progressive world is itself a major driver of attacks on Jews in Israel and the Diaspora.

It refuses to accept that the Palestinian cause is fueled by exterminatory, Islamic anti-Semitism. And so it refuses to acknowledge that support for this program is the overwhelming reason why Western progressives either actively promote or are indifferent to the current pandemic of anti-Semitism in the West.

In attempting to defend Israel, however, its supporters suffer from a particularly perverse and crippling problem. This is the relative absence of support from Israel itself in promoting an effective counter-narrative.

Of course, Israel is continuously engaged on the diplomatic level. From time to time, it expresses public outrage, for example over the genocidal anti-Semitism of the Iranian regime or the attempts by the Polish government to airbrush Poland’s historic anti-Semitism from its public records.

Yet when it comes to the West, the Israelis not only fail to grasp the eye-watering depth and extent of the hatred—many express shock and amazement when they come up against it in Britain—they also don’t try to understand it.

Although they are obviously all-too aware of the international diplomatic and legal onslaught against Israel fueled by this animus, they don’t seem to want to address head-on the myths that fuel it.

Naturally, they are preoccupied by the constant and severe threats to their physical security concerns. But their approach also reflects a deficient attitude to the world. They have complacently assumed that America will always have Israel’s back.

The rashness of this assumption, given the coolness towards their interests and worse being displayed by the Biden administration, is currently becoming apparent—so much so that a public discussion has started in Israel about the need to depend far less upon America.

Both among American liberals and in Britain and Europe, malicious myths about Israel’s allegedly illegal or oppressive behavior and the rights of the Palestinians have gained alarming traction as axiomatic truths.

Yet Israel is reluctant to say what needs to be said in order to challenge these lies and put important facts into the public domain. It takes instead a defensive position, generally protesting that the human-rights offenses of which it is being accused are untrue.

But there are certain things that need to be said because they address the beliefs upon which the entire campaign against Israel is based—that the Jews are interlopers in the land of Israel, that they are in illegal occupation of the disputed territories, and that the Israelis are riding roughshod over Palestinian rights.

Israel should be declaring loud and clear, for example, that its actions in the disputed territories are entirely legal, and it should provide chapter and verse of the relevant treaties to prove it.

It should be trumpeting the historical fact that the Jews are the only extant indigenous people of the land. It should be reminding the world that the international community therefore decreed a century ago that the Jews should be resettled in their ancient homeland, consisting of what is now Israel, the disputed territories and Gaza.

It should point out therefore that the Jews are the only people with any legal or historical rights to that land at all.

It should be rubbing Western noses in the relentless, paranoid Jew-hatred promoted by the Palestinians and their unceasing attempts to erase the Jews from their own history.

It should condemn Britain and Europe for grossly misrepresenting international law to damage Israel, in order to service the rejection of Israel in the Arab and Muslim world. And it should accuse the E.U. of funding NGOs that spread blood libels to bring Israel down.

When asked why Israel never says any of these things, Israeli diplomats give a number of reasons.

Why should we alone have to justify our existence? they ask. What, we should try to convince the British after what they did to us in mandate Palestine? Or the Europeans after they sent us up in smoke? Why do you assume, they ask bitterly, that anything we say would make any difference to such people?

True, anti-Semitism can never be eradicated. But such a strategy would nevertheless change the atmosphere. It’s more difficult to maintain the fiction that propaganda lies are the truth when truth itself is put into the public domain. It would at least start to alert people to a story of which they are wholly ignorant.

It would mean, above all, playing offense rather than defense. For playing defense means arguing on ground chosen by the enemy—and that means the argument is lost from the start.

Israel says such an aggressive strategy would be undiplomatic and it’s important that it plays the diplomatic game by the rules. But it is indeed a game, and Israel has lost many lives as a result.

Israel’s foes have hijacked language to present Israel falsely as malign. Its supporters need to show truthfully that it’s the enemies of Israel who are malign.

What’s needed is not so much education as an attempt to remake the cultural weather. All it needs is the will to do so. 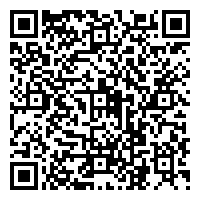