The most prominent Jewish leader in America did not mince words when it came to the question of whether the Palestine Liberation Organization (PLO) should have an office in Washington, D.C. In a telegram to the president, he wrote, “Our country must not permit the killers of Jewish children and the assassins of American diplomats to open an office in Washington, D.C.”


But I’m not talking about last week’s news. I’m talking about 1976. The chairman of the Conference of Presidents of Major American Jewish Organizations was Rabbi Alexander Schindler. The president was Gerald Ford. And what Schindler wrote about the PLO in 1976 is just as true today as it was back then.

Schindler was no hawk. In the years to follow, he would criticize the Israeli government on various issues. But he understood that Palestinian terrorists should not have an office in our nation’s capital. It saddens to me that when the issue came up again last week, so few in the American Jewish community spoke out against the PLO office.

The current controversy began when the State Department notified the PLO that, according to U.S. law, it cannot keep its office in Washington so long as it is trying to use the International Criminal Court (ICC) to harass Israel. That law makes perfect sense. If the PLO and its subsidiary, the Palestinian Authority (PA), genuinely want peace with Israel, they can have their office; but if the PLO and PA are still trying to harm Israel, they can go find themselves some other place in which to set up shop. And since PLO-PA leaders have indeed been trying to incite the ICC against Israel, their office should be closed down.

There is, unfortunately, a loophole. The law says that the president can hold off on closing the office if the PLO-PA engages in “direct and meaningful negotiations” with Israel.

Since the PLO-PA is not engaged in either direct or meaningful negotiations with Israel, this should be an open-and-shut case, resulting in the closing of the office. But as soon as the State Department addressed the subject, the pressure bandwagon got rolling. PA leaders started whining and threatening. J Street warned that shutting the office would harm the chances for peace. The media demanded that the Trump administration ignore the law and let the PLO keep its office.

Well, it took the administration about two days to surrender to the pressure—and it only took that long because Thanksgiving got in the way. Suddenly the administration trotted out a new “interpretation”—actually, a misrepresentation—of the law. The PLO-PA can keep its office so long as the activities conducted there are “related to achieving a lasting, comprehensive peace between the Israelis and Palestinians.”

What a joke. The PLO-PA considers everything it does to be a contribution to peace. That includes promoting boycotts and sanctions against Israel, comparing Israel to the Nazis, and inciting the Palestinian Arab public to murder Jews and glorify terrorists. It all promotes “peace,” Palestinian-style. Letting the PLO-PA keep its office makes a mockery of what Congress intended when it passed the shutdown law.

It’s sad to say, but the list of Trump administration policies toward Israel that are nearly identical to those of President Barack Obama is getting longer and longer.

Obama gave the PA hundreds of millions of dollars each year, no matter how many ways it violated the Oslo Accords. President Donald Trump is doing the same.

Obama pressured Israel to stop Jewish construction in most of Judea and Samaria. Trump is doing that, too.

Obama did not bring a single Palestinian Arab killer of Americans to trial. Neither has Trump.

Obama refused to take action against the PA’s payments to terrorists. Likewise, when Congress initiated the Taylor Force Act, to reduce U.S. aid because of those PA payments, the Trump administration watered down the bill with loopholes that make it almost meaningless.

Now, in a very Obama-like move, Trump is ignoring U.S. law in order to let the PLO-PA keep its office open.

Where are the Alexander Schindlers of our own time, to cry out against this outrage? 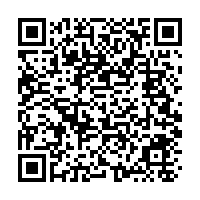