The difficult images from the storming of Capitol Hill, Wednesday, and the lives that were lost have led many in the media and on the Left to accuse US President Donald Trump of inciting his supporters to violence, with the aim of disrupting the elector count and even carrying out a coup.


According to at least one of the most important polling companies in the US, however, the general public has not reacted with significant shock to Trump’s conduct during the storming, and his standing has even improved.

According to Rasmussen’s daily presidential approval poll, Trump’s approval ratings have in fact improved in the days since the chaos in Washington, which took place as Congress convened to certify the electors and US President-elect Joe Biden’s election victory.

The president’s approval ratings went from 47% to 49% overnight on Tuesday, and as of Thursday, were at 48%. A more in-depth analysis found those who said they “strongly disapproved” of the president went from 43% to 42% and has since remained stable.

Although the polling company has yet to publish the data officially, a source with ties to Rasmussen told online news site Newsmax Trump’s approval rating actually increased to 51%, Thursday night.

According to the source, “Americans are disgusted that cities burned for months [during Black Lives Matter protests], and Washington and the media did nothing. But they still like Trump.” 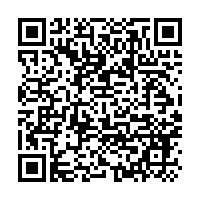