The sadly predictable knee-jerk rejection by the Palestinian leadership of all peace initiatives with Israel calls into question not only their commitment to peace but their concern for the Palestinian people’s very welfare and safety. Palestinians have aspirations that have not been realized, including self-determination, improvement of their standard of living, social betterment, and a respected place in the region and the world. Many desire peace and recognize the enormous economic opportunities and social benefits that await if relations with Israel can be normalized.


Donald Trump’s “Peace to Prosperity” plan is the most realistic and achievable peace proposal ever put forward. It offers the following benefits to the Palestinian people:

The Palestinian leadership claims that every suggestion is a conspiracy and every initiative a trap. Are these massive benefits a trap or an opportunity? And if they are rejected, will they ever come again? 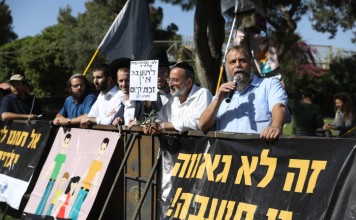