For much of this year, a bitter debate has raged over the character and opinions of Sebastian Gorka, who was appointed as a deputy adviser to President Trump shortly after his inauguration in January. Reports emerged this week that Gorka would be removed from his White House post, possibly for a new role within the administration.

I have, until now, resisted the temptation to dip a toe into this dispute. Many of Gorka’s detractors call him an anti-Semite, citing his documented links with far-right organizations in his native Hungary. His defenders have angrily described the accusation as a smear.


And so, inevitably, a cycle of barbs has begun, with the usual ad hominems embedded into political exchanges. It’s undignified, and it reminds me of similarly frustrating arguments about whether certain individuals on the left are trading in anti-Semitic tropes.

So let me say at the outset: I have never met Gorka, have never spoken with him, and can’t say I’m hugely familiar with his work. That said, there is very little evidence out there justifying the accusation of anti-Semitism.

Gorka does not, so far as I can tell, believe there is a Jewish conspiracy propelling the world to a global conflict. Nor does he believe Jews are literally or figuratively “bloodsuckers,” that Jews are congenital liars, that Jews are more loyal to Israel than their own countries, that the state of Israel is a colonial interloper with no right to a sovereign existence.

These are some of the basic elements of an anti-Semitic worldview. If Gorka does not buy into any of these, he is not an anti-Semite. I find it suspicious that a good number of those driving the anti-Semitism accusations in his direction are, if not outright supporters of the BDS hate campaign (today’s most potent expression of anti-Semitism), willing to accept its self-image as an anti-racist movement championing civil rights, when what BDS really does is reinvent reactionary tropes about Jews for the social media generation.

But that is not the end of the matter. One of the more interesting subsidiary arguments during the Gorka affair has concerned his involvement with Vitezi Rend, an ultranationalist organization founded by Miklos Horthy, the Jew-loathing Hungarian leader who ruled the country from 1920-1944.

No serious historian disputes Horthy’s anti-Semitism. Yet many of Gorka’s defenders have sought to downplay the uncompromising, violent nature of Horthy’s Jew-hatred, on the grounds that, in essence, “he wasn’t as bad as Hitler.”

Since only a handful of dictators bear even a passing resemblance to Hitler, that strikes me as a disingenuous defense. The age-old human desire to make the narrative of the past fit with our current imperatives disables, rather than enables, a calm historical inquiry into what Horthy actually believed and did. If your sole purpose is to prove Horthy wasn’t Hitler in order to defend Gorka, your predispositions are going to blind you to the importance of certain facts.

Like it or not, to understand the conflict around Gorka, you need to understand Horthy – and by extension, nationalism in Hungary.

Depending on where you were in nineteenth-century Europe, national pride could be indistinguishable from plain bigotry. But this wasn’t always the case in Hungary. During the 1800s, when Hungary was part of the Austrian Habsburg Empire, Hungarian intellectuals pushed a nationalism that was comparatively liberal. For example, Istvan Szechenyi, an aristocrat often referred to as the “Greatest Hungarian,” was a social reformer and entrepreneur whose famed Budapest social club was open to Jews – quite something by the standards of the time. Both he and Lajos Kossuth, another nationalist leader, favored ending legal restrictions on Jews, even if they couldn’t quite bring themselves to support full emancipation.

Yet anti-Semitism remained a force in Hungary, particularly among the nation’s peasants. After World War I, in which Hungary participated on the losing side, the country lost two-thirds of its territory and descended into a terrible famine. Out of the chaos came a communist revolution led by Bela Kun, a Jew of Galician origin whose real name was Berele Kohn.

Kun was a brute and a sadist. But his “Red Terror” was replaced by the “White Terror” of Horthy, who overthrew him in 1920. At least 5,000 Jews were slaughtered in the subsequent pogroms.

There was anti-Semitic legislation, too. Horthy’s “numerus clausus” policy severely restricted Jewish attendance at universities. His prime minister, Gyula von Gombos, enthusiastically pushed Hungary into the camp of Nazi Germany. Jews were viciously purged from the media and other professions.

In 1944, Horthy, reconsidering his options as Hitler faced military defeat, was overthrown by hardline Nazi sympathizers. The murder of Hungary’s Jews began in earnest. But does this exonerate him in any way? It doesn’t and it shouldn’t.

Nor should it lead us to conclude Horthy didn’t participate in the Holocaust, when he clearly did. As the historian Howard Sachar wrote, there was the matter of the “150,000 Transylvanian Jews of Hungary who, as ‘foreigners’ unlike the Jews of ‘integral’ Hungary, were turned over to the Nazis by Admiral Horthy’s regime and put to death en masse at Auschwitz in 1944.”

Hence my point: The Gorka defense should not rest on the reputation of an opportunistic, murderous dictator. Horthy will forever be remembered as an oppressor of the Jewish people. Let us never lose sight of this, regardless of the unsavory antics of Gorka’s enemies. 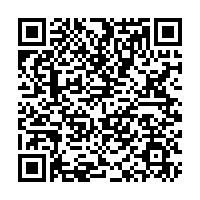