Back in 2003, an Egyptian legal scholar claimed he was going to sue Jews around the world for allegedly having stolen gold during the Jewish exodus from Egypt. The scholar, Nabil Hilmy, even figured out a methodology for determining how much world Jewry should pay:

While nothing came of Mr. Hilmy’s lawsuit, his example seems not to have gone unnoticed.


When the UN’s Economic and Social Commission for Western Asia (ESCWA) came out with a report last month accusing Israel of an apartheid policy against the Palestinian Arabs, it was condemned by UN Secretary General Antonio Guterres, the report was withdrawn and ESCWA head Rima Khalaf resigned in protest.

But that wasn’t the end of the matter.

ESCWA has a more ambitious project against Israel, outlined in a paper dated from last August. The aim of the report is to put a dollar amount on the 50 years of Israeli control over the areas the Palestinian Arabs claim for their own state. In fact, the report may be timed to come out during the 50th commemoration of the Six Day War. The fact that no methodology exists for such calculations will not stop the group, which has announced that it has formulated “an innovative methodology.” Based on South African apartheid, slavery in the US and Greece’s request that Germany pay for Nazi massacres during WWII, ESCWA plans to come up with a framework for future reparations.

Here is a sample model illustrating some of the elements of Israeli control which would serve as a source for calculating reparations.

Items on the chart such as access to water, access to education and living standard indicate from the start the bias that we can expect from the report. After all, as Ephraim Karsh points out, along with the problems, Israeli control brought advantages to the Arabs:

The larger part, still untold in all its detail, is of the astounding social and economic progress made by the Palestinian Arabs under Israeli “oppression.” At the inception of the occupation, conditions in the territories were quite dire. Life expectancy was low; malnutrition, infectious diseases, and child mortality were rife; and the level of education was very poor. Prior to the 1967 war, fewer than 60 percent of all male adults had been employed, with unemployment among refugees running as high as 83 percent. Within a brief period after the war, Israeli occupation had led to dramatic improvements in general well-being, placing the population of the territories ahead of most of their Arab neighbors.

The point is not to use the positives as an excuse to ignore the problems.

Rather, the point is that converting positives into negatives seems to be part of ESCWA’s “innovative methodology.”

The suspicion of bias is only confirmed by the presence of the separation barrier (“the wall”) — which reduced fatalities caused by Palestinian terrorism — listed on the chart as something for which Israel should pay reparations. Similarly, the blockade to prevent weapons from reaching Gaza is portrayed as a negative. It’s probably too much to hope for that Israel’s provision of supplies to Gaza will be referenced at all.

The whole idea of comparing Israel to South Africa and the US in terms of apartheid and slavery also makes another issue conspicuous by its absence.

The history of the Arab slave trade makes one question why ESCWA points to slavery only in the US, unless it is in response to the US condemnation of ESCWA’s previous report.

The point though is not to play US slavery against Arab slavery.

In the chapter The Roots of Muslim Rage, in his book From Babel to Dragomans, Bernard Lewis writes:

The accusations are familiar. We of the West are accused of sexism, racism, and imperialism, institutionalized in patriarchy and slavery, tyranny and exploitation. To these charges, and to others as heinous, we have no option but to plead guilty — not as Americans, nor yet as Westerners, but simply as human beings, as members of the human race. In none of these sins are we the only sinners, and in some of them we are very far from being the worst.

…Slavery is today universally denounced as an offense against humanity, but within living memory it has been practiced and even defended as a necessary institution, established and regulated by divine law. The peculiarity of the peculiar institution, as Americans once called it, lay not in its existence but in its abolition. Westerners were the first to break the consensus of acceptance and to outlaw,first at home, then in the other territories they controlled, finally wherever in the world they were able to exercise power or influence, in a word, by means of imperialism.

The US is being targeted for slavery, just as the West is accused by the Arab world of imperialism, while the long history of Muslim invasions, conquests, and occupation is forgotten.

Ignoring the US role in the abolition of the slavery in the same way as disregarding the numerous benefits Palestinian Arabs get from Israel, reveals the one-sidedness of this “report” as well as its dishonesty. Will the report take into account the reparations owed by Hamas for the rockets fired and the wars it started? Will it take into account the incitement by Abbas againsts Israel?

The report just taking for granted that the West Bank is occupied, when there has never been any such official legal determination, is an indication that Nikki Haley is going to have her work cut out for her. The fact that this report will be even more bizarre than the previous one will not necessarily make it easier to dismiss. 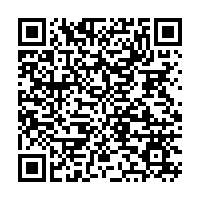