When I’m not in Israel, I don’t usually pay much attention to its weather. But an item last week about rainfall in the Holy Land caught my eye. It deserves the attention not only of geologists and meteorologists, but those who are concerned about Israel’s political and diplomatic situation as well.


The Israel Water Authority announced that there has been so much rainfall during 2020 that the Kinneret (Sea of Galilee) is now at its highest level for this time of the year in nearly three decades. The last time it was this high at the end of August was 1993. “Another surprising phenomenon,” the Authority reported, “is a steady flow in the Dan spring, which has increased slightly.” The Kinneret and the Dan River are two of Israel’s most important sources of water.

Does the level of the Kinneret have anything to do with the prospects for peace in the Middle East? Thomas Friedman would like you to think that it does.

Friedman has been the foreign affairs op-ed columnist for The New York Times since 1995. That means that for the past 25 years, he has enjoyed one of the most prominent and influential platforms in public discourse. Not only are his columns read by movers and shakers around the world, but he is also frequently interviewed on national television and radio shows, and invited to speak at major public forums and events hosted by Jewish organizations that should know better.

I say “that should know better” because in his writings about Israel, Friedman sometimes crosses the line in ways that would earn other pundits pariah status in the Jewish world. In 2004, he wrote that Israel “had George Bush under house arrest in the Oval Office.” In 2011, Friedman claimed that the standing ovations Israel’s prime minister received in Congress were “bought and paid for by the Israel lobby.” In 2013, he asserted that “many American lawmakers [will] do whatever the Israel lobby asks them to do in order to garner Jewish votes and campaign donations.”

Despite those Pat Buchanan-like sentiments, Friedman has managed to maintain his status as a prominent opinion-shaper. Partly that’s because as long as he has the imprimatur of The New York Times, he is considered legitimate. Partly it’s because every once in a while, Friedman writes something mildly critical of the Palestinian Arab leadership; that gives him a fig leaf to pretend that he is “even-handed” and not an Israel-basher.

So, Friedman is taken seriously in many quarters when he periodically proffers some new Arab-Israeli “peace plan.” Since all of his plans involve Israel retreating to its nine-miles-wide pre-1967 borders—what diplomat Abba Eban called the “Auschwitz borders”—the only way Friedman can pitch his latest version as “new” is to come up with some new reason why the plan is (supposedly) so urgent.

Earlier this year, Friedman wrote that climate change should be the urgent new factor in Mideast diplomacy. Mother Nature will overwhelm the various political and military conflicts, he declared. His proof? “In the summer of 2018, the Sea of Galilee was so low from droughts and water withdrawals for rising populations that it was threatening to become another saline lake, like the Dead Sea.”

The solution, according to Friedman, is to pressure Israel to permit the creation of a sovereign Palestinian state—and then Israel, Jordan and “Palestine” can form “a confederation of their sovereign entities based on sea and sun.”

Ironically, less than a year before Friedman unveiled his sea-and-sun plan, a headline in Ha’aretz (no doubt Friedman’s favorite Israeli newspaper, given its slant) announced: “Lake Kinneret Is the Fullest It’s Been in Five Years, and There’s More to Come.”

Let’s give Friedman the benefit of the doubt. Let’s pretend his research assistants were on vacation that week, so he didn’t know about the Kinneret’s rise in 2019 before he released his peace plan. But what will Friedman do with the latest unpleasant news?

Not unpleasant for Israel, of course; on the contrary, it’s music to the ears of every Israeli that the Kinneret reached a record level in August. But Friedman is singing from a different song sheet. Good news for Israel usually is bad news for Friedman’s theories, fantasies and speculations.

I see two ways that Friedman could deal with the latest news about the Kinneret.

The menschkeit way would be to admit that he was wrong. Acknowledge that the premise of his plan has been shattered by Israel’s record rainfall. Retract the plan and go back to the drawing board—or move on to another topic where he might have something more credible to say.

The other way would be to simply ignore the news about the Kinneret and hope that nobody notices the contradiction between the facts and his plan.

Let’s see which way he chooses. 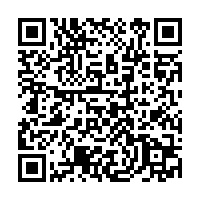