In a sign of the surreality into which we have descended under the Obama administration, the media have been reporting with a straight face that the U.S. will shortly begin talks with the Taliban in Doha, Qatar, and that President Obama calls the agreement for the talks an “important first step toward reconciliation.”

To recap: in October 2001, U.S. forces entered Afghanistan to depose the terrorist Taliban regime, which had given the 9/11 attackers some of their most important support.  From that day to this, the Taliban have not changed their stripes.  They are still terrorists.  They intimidate and murder Afghan and Pakistani civilians, in their quest to retain a brutal control over territory in both nations.  They regularly attack U.S. and NATO troops in Afghanistan.  Their interest in “reconciliation” is exactly what it has been since 2001: an interest in regaining control of Afghanistan, ideally without having to meet NATO forces in battle.

The announcement of talks with the Taliban coincided with a rocket attack by the Taliban on the U.S. air base at Bagram, in which four of our servicemen were killed.  The Taliban promptly took credit for the attack; shortly before it, Mullah Omar, the leader of the Quetta Shura Taliban in Pakistan, promised that he would retake Kabul “within a week” of the U.S. troop pull-out, scheduled for completion by the end of 2014.

It is thus not clear what there is to talk about, in terms of U.S. interests.  We know what the Taliban want.  If we are looking for common ground with them, the only option is to modify our position.

If you were wondering whether the Hamid Karzai government would lose confidence in us because of this move, wonder no more.  Once the Taliban talks were announced, Karzai suspended negotiations on the future status of U.S.-Afghan relations, and threatened to boycott any talks with the Taliban.  The State Department rushed out with a statement that – notwithstanding President Obama’s hopes for reconciliation – no talks with the Taliban had been confirmed.  But today, State Department officials are telling CBS that talks are back on.  Secretary Kerry reportedly got on the phone with Karzai to assure him that the U.S. has no intention of recognizing an official status for the Taliban.

Which means, of course, that any talks will be meaningless, and therefore should not be held at all.  To crown the surreal moment in news reporting, CBS and other outlets are characterizing the dust-up as if it revolves – by implication, foolishly – around the “nameplate” the Taliban have chosen to use.  The sign outside the Taliban’s office in Qatar – yes, the Taliban now have an office in Qatar – describes its mission as representing the Islamic Emirate of Afghanistan, the official name of the Taliban government we removed in 2001.

It’s not actually psychotic or even bipolar of Mr. Karzai to object to that, and to decline to negotiate with the Taliban on that basis.  CBS reports this detail in a breezy, dismissive manner, however, as if it’s all a humorous example of diplomatic color, like the Obama-Putin standoff over the gym in Northern Ireland.

Just a short time ago, the UK Guardian updated its reporting to indicate that the talks with the Taliban have now definitely been cancelled, after “a diplomatic row about the Taliban’s new Qatar office.”  It does tend to quash the enthusiasm for talks when one party falsely proclaims itself to be a sovereign “emirate,” and thus to be a competitor with another party for the same sovereignty.

In a way, it’s good that the media simply act as mindless repeaters for whatever comes out of the Obama administration.  We can be certain that what we’re getting from them is Pure Obama.  The mainstream media apply little to no critical thought to what they obediently relay from Obama’s executive team.

But there is good reason for concern about the path of surreality we are on.  Recall that the drawdown of the total ISAF force has begun already.  As we speak, the Brits are pulling out nearly half of their force, which comprised about 9,500 troops at the end of 2012.  This week, security services for the NATO forces in Afghanistan, as well as for local governments throughout the country, have been turned over officially to the Afghans.

Netanyahu Thanks Florida for Support 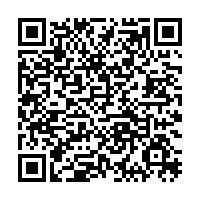