Home InDepth Op-Eds Ward Churchill And The Politics Of Campus Extremism
Share on Facebook
Tweet on Twitter
“Some ideas,” wrote George Orwell over half a century ago, “are so stupid that only intellectuals could believe them.” The truth of this observation is daily reinforced at countless universities, and is particularly evident in the case of Ward Churchill.

Amidst a glare of nationwide publicity, University of Colorado professor Ward Churchill was asked to resign as chairman of that school’s Ethnic Studies Department because he published an essay in which he likened the 3,000 people massacred at the World Trade Center on 9/11 to “little Eichmanns.” For good measure, he added that their killers had made “gallant sacrifices” to achieve noble ends.

Prior to this incident, Churchill’s scholarly reputation was based mainly on a squalid tract called “A Little Matter of Genocide” (1997), in which he argues that the murder of European Jews was not at all a “fixed policy objective of the Nazis,” and accuses Jews of seeking to monopolize for themselves all that beautiful Holocaust suffering that other groups would very much like, ex post facto, to share.

He also argues that Jewish “exclusivism” had nearly erased from history the victims of other genocidal campaigns, and that Jewish scholars stressed the Holocaust in order to “construct a conceptual screen behind which to hide the realities of Israel’s ongoing genocide against the Palestinian population.”

He not only likened Jewish scholars who have argued for the unique character of the Holocaust to neo-Nazi Holocaust deniers; he said that the Jews are worse than the latter-day Nazis because “those who deny the Holocaust, after all, focus their distortion upon one target. Those [Jewish scholars] who deny all holocausts other than that of the Jews have the same effect upon many.”

Given the current academic atmosphere, it is a safe bet that what might delicately be called Churchill’s shortage of sympathy in the Jewish direction made him a strong candidate to head Colorado’s Ethnic Studies program. Such “academic” extremism is the order of the day on campus, and Churchill’s ideology of hatred is just one small example of an all too prevalent phenomenon on campus.

In the aftermath of 9/11, a professor at University of New Mexico effervescently declaimed: “Anyone who can blow up the Pentagon gets my vote.” An academician at University of Massachusetts told his students that “The American flag is a symbol of terrorism and death and fear and destruction and oppression.”

At Columbia University, Professor Nicholas DeGenova vaulted to national renown when he declared, at an anti-war rally in March 2003, that “U.S. patriotism is inseparable from…white supremacy” and then expressed the “wish for a million Mogadishus in Iraq.” (This was a reference to the 1993 incident in Somalia when eighteen U. S. troops were killed.)

In June 2002, Trent University philosophy professor Michael Neumann declared (in Alexander Cockburn’s online publication Counterpunch) that “if an effective strategy [for promoting the Palestinian cause] means encouraging vicious, racist anti-Semitism or the destruction of the state of Israel, I still don’t care.”

And Noam Chomsky, the godfather of anti-Americanism (and the person whom historian Arthur Schlesinger long ago (1969) called the consummate “intellectual crook”) pontificated: “Let me repeat: the U.S. has demanded that Pakistan kill possibly millions of people…”

And so on ad nauseam.

These professorial fulminations all follow an anti-American, anti-Semitic, tenacious attachment to the motto: “the other country, right or wrong.” And this uniformity of opinion often has a comic element to it, for these extremist professors nearly always present themselves as brave dissenters confronted by a mob of thick-skinned louts; in fact, they belong, more than any other segment of American society, to a community of consent, in which “diversity” means that people look different but think exactly alike. 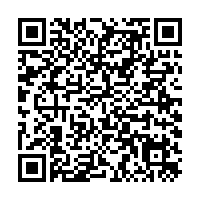