We don’t have any racists in our community, right?

Of course we do. And, as the political climate changes in the U.S., we’re going to pay a higher price for whatever racism does exist. To make matters worse, the perception of what is racist is changing.


As the interfaith director for the Simon Wiesenthal Center, part of my job is to worry about the support the Jewish state enjoys from conservative Christians. You’ve heard about that support and think of it as a done deal – something we can take to the bank.

Think again. We’ve been losing some of that support recently. Younger evangelicals are less biblically oriented (and so much of evangelical support flows from the belief that the Bible speaks of a special relationship between G-d, the Jewish people, and their land), less likely to attend church, and less likely to support Israel.

The outlook is gloomy – but not desperate. Some parts of the world are years, or even decades, behind the U.S. in terms of the forces eroding religious commitment. Evangelicals and Pentecostals (another conservative Christian group) are picking up strength in Latin America, Africa, and Asia. (Guatemala moved its embassy to Jerusalem because a new government took over that was top heavy with evangelicals.) And there are two groups in the U.S. where the rate of attrition among millennial members is less than in the rest of the population: blacks and Hispanics. Among both – at least in their conservative churches – there is still great support for Israel.

I was delighted, therefore, to receive an invitation to address about 90 black tourists from the U.S. – almost all first-timers – on a recent visit of theirs to Jerusalem, where I am now based. The pastor leading the group is an old friend, someone who loves Israel, loves Scripture, and is devoting years of his life to partner with the IDF to bring its game-changing techniques in dealing with PTSD back to the inner city.

My presentation was well received – or so I thought. They laughed at the jokes. They seemed to get my points about the racial diversity in Israel, and how all they had to do was open their eyes to see how the “apartheid” label doesn’t coincide with reality. They graciously accepted – again, so I thought – my lavish thanks to them for supporting this beleaguered country and my expression of how much we appreciated that support.

Perhaps I should have started worrying when my host casually mentioned to me that at least two members of the group had walked into places where they were told they weren’t welcome – they assumed because of their color. And then an Ethiopian spoke to the group of experiencing years of what he perceived as racism since arriving in Israel – leading him to convert to Christianity.

For the next hour following our presentations, the questions and comments were addressed to me. Did I really believe they were so welcome? My responses were firm and confident (pointing out, among other things, that while some racism endured, Israel was ahead of the game relative to the U.S., and had made far more progress in 20 years than the U.S. made in 150), but the discussion soon morphed into what so much of it has become in the U.S.: an intense identification with a group narrative, born of everyone in that group having a shared history and experiences.

Why am I writing all of this in an Anglo-Jewish paper? What does the alleged misconduct of some small part of Israeli society have to do with American Orthodox Jews?

Unfortunately, the answer is simple. And tragic. Their comments quickly turned to stories of mistreatment at the hands of Jews in the U.S. – Orthodox Jews, in particular. Keep in mind that these were not Farrakhan supporters. They genuinely had a high regard for Israel. Their comments evinced more hurt than hostility. But the barrier between us had been rolled into place.

One fellow said that he has lived near an Orthodox neighborhood for years and is often outside when people – particularly the “ultra-Orthodox” – walk to shul. They avert their eyes when they see him. Never a “Good morning.” One woman came over privately after the discussion; she didn’t want to offer her indictment in front of the group. She was a professional, involved as well with government. She goes out of her way, she said, to be positive and civil to people. From some Orthodox Jews, she claimed, the favor is not returned.

Of course I gently resisted much of this. I appealed to them to understand that residents of large cities simply don’t interact with strangers, or even their neighbors. That some groups cherished a cultural insulation that allows them to survive and thrive in their own bubble, and don’t want it penetrated by any outsiders at all. Nothing racial about it.

It wasn’t working, even though as minority members, they should have been more sympathetic, we would think, to the needs of a different minority. It didn’t work because their own sense of rejection was paramount in their minds. And they see us as white people, part of the “white privilege” problem. Their group experience has left them with a kind of tunnel vision, in which everything is processed through their historical memory. (In all fairness, some of us do a good deal of that as well, and should be able to understand when others do it as well.)

We can protest all we want that this is all unfair. But those protests won’t be effective. Would we prefer to be right, or effective? The answer, as Torah Jews, is that we have to be both: right and effective. That means increasing our sensitivity to the way others perceive us, whether we think those perceptions as justified or not. It should not be all that difficult, at least with those who are not anti-Semitic and are actually pro-Israel.

The alternative is that we will not only lose their support, but will inadvertently be put on a collision course with groups increasingly stuck on their own parochial narratives. We should be smart enough to realize what the consequences of that might be.

(Rabbi Yitzchok Adlerstein is the director of Interfaith Relations for the Simon Wiesenthal Center, and the founding editor of Crosscurrents.com. His Netivot Shalom on the special days of the year has just been published by Maggid) 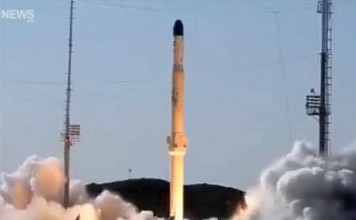 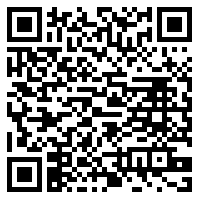