Are you in a European country illegally, flouting your deportation requirement and instead committing arson? No problem. If the country to which you are to be returned might conceivably harm you (details unspecified), you are welcome instead to stay in Sweden, commit more crimes and harm Swedes.


A Swedish Appeals Court (Hovrätten) recently overturned the deportation ruling against one of three convicted perpetrators of an arson attack against the synagogue of Gothenburg in December 2017, on the grounds that it would be in contravention of his “fundamental human rights”.

The 22-year old Arab man, known as Feras, from Gaza, was in Sweden illegally when he committed the attack. His asylum request had been rejected by the Swedish Migration Agency (Migrationsverket); he had apparently been told to leave the country (date not available); he had not. For reasons that are unclear, he was not held for deportation, but still walking around freely in Sweden.

Feras used that freedom to participate in an attack on the Gothenburg synagogue. Approximately 10-15 other young men, of whom only three were charged, joined him. It seems that while young Jewish people were gathered for a party in an adjacent building, his friends and he had thrown burning objects at cars parked inside the synagogue fence. No one was hurt and the fires were quickly extinguished by rain, leaving only marginal material damage. The court therefore refused to categorize the crime as attempted murder by fire, as the prosecution had asked. Both the lower court and the Court of Appeals did find, however, that the arson attack constituted an anti-Semitic hate crime.

Previously, the lower court had already convicted Feras of “grossly unlawful threats and attempted serious damage” and had sentenced him to two years in prison and subsequent deportation. The Court of Appeals (Hovrätten), nevertheless, said that Feras “…committed grossly unlawful threats with the intention of violating members of the Jewish assembly, but that the act can also be perceived as a serious political crime directed against other Jews. Given the possible interest of Israel in the matter and the insecure situation prevailing at the border crossings to Gaza and the West Bank and in the areas themselves, the Court of Appeals considers there is reasonable reason to fear that NN’s fundamental human rights would not be safeguarded if he was expelled to Palestine. The Court of Appeals therefore rejects the prosecutor’s claim of deportation…” The court also referred to reports by the Swedish Foreign Ministry on human rights and democracy in Israel and “Palestine”. The reports may contain much Israel hatred; this is after all the Swedish Foreign Ministry of Margot Wallström, who once described Israeli self-defense against terrorists as ‘extrajudicial executions’.

The Court, in other words, speculated that because Feras was guilty of a crime that “can also be perceived as a serious political crime directed against other Jews”, Israel might have a security interest in him. For that reason alone — with no details indicated — returning him to the region of Israel and Gaza would ostensibly be in contravention of his “fundamental human rights”.

The Court of Appeals’ ruling meant that Feras, an illegal alien to begin with, and a convicted felon — whose asylum request Sweden had rejected, and who therefore lacked any legal right to stay in the country — was granted that right for the sole reason that he committed a violent hate crime against Swedish Jews. As Feras evidently likes to try to set Jews on fire. After he finishes serving his two years in prison he will be out, and free possibly to commit new hate crimes against Jewish citizens in Sweden.

The precedent that this case establishes – that if the case is not appealed and reversed by the Supreme Court — is disturbing: If you commit crimes against Jews that can “be perceived as a serious political crime directed against other Jews” then you might be eligible for asylum in Sweden. The rights of Sweden’s vulnerable Jews have apparently ceased to matter.

Actually, no Swedish citizens’ rights appear to matter in the Swedish court system anymore. In 2017, a report showed that 75 % of those who were sentenced to prison and subsequent deportation for serious crimes, were nevertheless set free after serving their sentences and allowed to stay in Sweden for a variety of reasons, such as risk of torture and death penalty in the country of origin or simply because the country of origin refused to receive them.

According to more recent statistics, 9 out of 10 convicted foreigners in Sweden are not deported.

The problem extends to terrorists as well. In 2017, for example, a Syrian who arrived in Sweden as a “refugee” in 2015 was acquitted of attacking Shia Muslims with firebombs. However, having said in monitored conversations that he saw himself as a jihadist who wanted to become a martyr, and considering that he had been in touch with ISIS, Swedish intelligence evidently deemed him too dangerous to stay in Sweden. The immigration authorities sought to have him deported to Syria, but they did not succeed. It seems the law does not permit his deportation to Syria: he risked being arrested or executed there. Instead, he was also released to walk freely around in Malmö.

In Sweden, it appears that the “human rights” of foreign aspiring murderers are evidently more important than the human rights of law-abiding citizens. 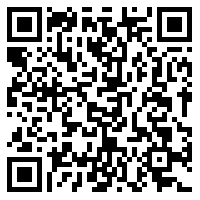