German Chancellor Angela Merkel has finally woken up and smelled the coffee.


Speaking after a 19-year-old Syrian refugee lunged with a belt at an Israeli wearing a kipah, Merkel denounced a “different type of anti-Semitism” that has taken root in her country.

“We have refugees now, for example, or people of Arab origin, who bring a different type of anti-Semitism into the country,” Merkel said in an interview with Israel’s Channel 10.

Jews have been  among the first to “virtue signal” their compassion for refugees from the Syrian civil war.

When the refugee crisis broke, Jewish organizations coordinated their responses. They launched appeals for emergency aid. U.S. rabbis signed a petition asking Congress to welcome the refugees in. Meetings were packed with people who wanted to know what they could do to help. In conjunction with Islamic Relief US, the Jewish relief agency HIAS is providing legal services to Syrian refugees in Greece.

The HIAS slogan is “welcome the stranger.” After all, Jews, of all people, should empathize with Syrian refugees. As former U.S. President Barack Obama told them: “In the Syrian seeking refuge today, we should see the Jewish refugee of the Second World War.”

When news of the refugee crisis first broke, during a meeting in the Syrian-Jewish heartland at a synagogue in Brooklyn, N.Y., New York City Mayor Bill de Blasio urged the congregation to show compassion for the Syrian refugees.

But the congregants shifted uneasily in their seats. They only applauded the mayor when he vowed to protect the city’s Jews against terrorist attacks.

“I was sitting next to a woman who is a Syrian [Jewish] refugee, and she really reacted and it was uncomfortable,” one congregant told the New York Post.

Another congregant whose family fled Syria commented: “The difference between me coming here in 1991 with my family is that we were kicked out for being Jewish.”

“The Jews never had a history of being destructive,” said another.

The Syrian-Jewish congregants of that Brooklyn synagogue could have warned Angela Merkel before she opened Germany’s floodgates to a million Syrian refugees that she was in danger of unleashing the demons of anti-Semitism.

The Syrian Jews’ ordeal and escape were still fresh in their memories: They were rescued as recently as the 1990s from the clutches of the Syrians. The regime spied on them, treated them as hostages, abducted their leaders and murdered those trying to escape, while the people at large nurtured a fearsome level of anti-Jewish hatred. The same anti-Semitism the refugees are now importing into Europe.

There are hardly any Jews left in Syria. Today, the locus of Muslim hatred is on the  Syrian Christian refugees, who have been avoiding official camps for fear of harassment. Their priests have had their throats cut. More Christian than Muslim refugees were admitted to the United States in the first months of the Trump administration, reversing a trend that had seen Muslims outnumber Christians in the final fiscal year under President Obama.

But among Jews in the West (and not for the first time), the Syrian-Jewish refugee narrative has been eclipsed by the Ashkenazi refugee experience.

For a variety of reasons, the analogy between Middle East refugees and Jews escaping the Nazis does not fit.

As the Syrian-Jewish refugees know only too well, there is a difference between people who are driven from their homes by war and people who have been singled out because of who they are.

But liberal opinion and Jewish-relief organizations are still adopting too broad-brush an approach towards the refugee crisis. They need to wake up to the acrid smell of anti-Semitism they are helping to propagate.

{Lyn Julius is the founder of Harif, the UK Association of Jews from the Middle East and North Africa, and the author of “Uprooted: How 3,000 Years of Jewish Civilisation in the Arab World Vanished Overnight” (Vallentine Mitchell)} 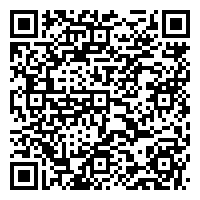