We have made the blessing on the sun.
We have left Egypt.
We have crossed the Red Sea.
Now what?

Now the challenge becomes greater, for we are on our way to receive the Torah at Mount Sinai, and we will only succeed if we work for it. “Derech eretz kadma l’Torah” – proper behavior comes before Torah. But how do we attain derech eretz?


The Torah gives us a way. From the second night of Passover to the night before Shavuos we count forty-nine days. On each day we try to correct an aspect of our behavior that is deficient. But what good is counting? How does that help? And why forty-nine?

Our rabbis tell us that the Final Redemption will resemble the redemption from Egypt, and here we are, living in a modern version of Egypt, sunk in the quicksand of materialism, lusting after pleasure, entertainment, an easy life, exotic food, the sights of our eyes, gratification of our palates, money, fast cars, success in business, power…it’s endless.

Our fanatic pursuit of comfort has lowered us to the forty-ninth level of degradation. How can we even communicate with God from down here? How can we be worthy even to scream out to Him to save us? Why should He listen to us?

What can we do?

Certain measurements are found explicitly in nature. A year is one revolution of the earth around the sun. A month is one revolution of the moon around the earth. But what about a week? Where is a week found in nature? In fact, of course, the origin of the week is in the Torah, not in nature: God made the world in seven days. I do not believe one can find the number seven reflected in nature.

And yet … maybe it is there, after all.

But the four directions are not arbitrary. The earth spins on an axis, from west to east. The poles of the axis are in the north and south. So the earth really does have an identifiable east, west, north and south.

That is where we find the number “six” in nature. What about seven?

The number seven therefore has a moral element, a spiritual dimension. And connected to that is the fact that the Children of Israel have seven shepherds: Abraham, Isaac, Jacob, Moses, Aaron, Joseph and David.

When Adam and Eve rebelled against God in the Garden of Eden, the spiritual component of the created world was hidden from mankind. After that catastrophe, it appeared that the world was entirely material. But the seven shepherds, who molded the Nation of Israel, restored the moral qualities with which God had originally endowed the world.

During Sefira, when we count the forty-nine days of the Omer, each week is devoted to one of the Shepherds of Israel and to the particular aspect of moral greatness he exemplified. During each week, we endeavor to re-inject the original moral components back into the world by linking ourselves with our holy ancestors. At the end of seven weeks, we hope to be ready for the event which is totally beyond our ability to attain, but into which God, if He has mercy on us, will lift us.

This is not an abstraction. The world as we know it is crumbling. There is nothing whatsoever to hang onto but the Tree of Life – the life preserver God gave us at Mount Sinai and which He is about to offer us once again. Mashiach is hidden; the Day of Redemption is hidden. But our holy shepherds taught us to dig deep into the Torah, where everything hidden is revealed. Through the forty-nine steps of the Omer we can climb from the pit toward the Throne of the Master of the World. 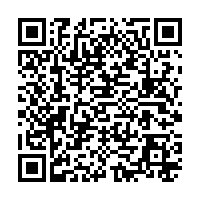