What, exactly do American Jews think about the possibility of reuniting small parts of Judea and Samaria with the rest of Israel?

Rabbi Eric Yoffie, former president of the Union for Reform Judaism, says he knows. Writing in Haaretz this week, he declared: “American Jews are not happy.” Note he didn’t say “some” or even “many.” Rather, “American Jews” – all of them, apparently – are “not happy” about any possible annexation.


According to Yoffie, all American Jews are “shocked,” “panicked,” “puzzled,” “confused,” and, “above all, angry” at what he calls “the monumental stupidity” of extending Israeli law to even the smallest part of the areas that have been at the center of the Jewish national homeland for more than 3,000 years.

Not that he is alone in his assumptions. Former U.S. Mideast envoy Martin Indyk, who has spent much of his life trying to create a Palestinian state in Israel’s backyard, recently claimed on Twitter that there is a “Diaspora Revolt” against annexation.

And presumably as one manifestation of that “revolt,” 36 Conservative rabbinical students recently signed a statement denouncing any such Israeli actions.

I’m not surprised that some Conservative rabbinical students lean far to the left when it comes to Israeli issues. So do many Reform and Reconstructionist rabbinical students. That’s not news; it reflects long-standing ideological trends in those movement’s educational institutions.

And it’s surely no surprise that former Ambassador Indyk, a professional crusader for Palestinian statehood, conjures up imaginary “revolts” to advance his agenda.

The case of Yoffie, however, is a little more complicated. As president of the Reform movement (then known as the Union of American Hebrew Congregations), Yoffie stood up in front of the delegates to its national convention, in Cleveland, on June 3, 2001, and named the real obstacle to peace.

“We did not pay nearly enough attention to the culture of hatred created and nourished by Palestinian leaders,” he announced at the time. “Palestinian children, of course, are not born hating Jews. Hatred is a powerful sentiment that must be acquired – from parents, from education, from government authorities. The hatred of so many Palestinians for Jews results from a conscious process of demonizing the ‘Zionist enemy.’ There is a direct line between Palestinian terror and the growing use of anti-Semitic and neo-Nazi language in the Palestinian media.”

What has changed since Yoffie spoke those words 19 years ago? Nothing. The “anti-Semitic and neo-Nazi language” that he said permeated the Palestinian media still permeates it. The PA continues to “nourish a culture of hatred.” The PA still “consciously demonizes” Jews and Israel. And there is still a “direct line” between Palestinian hatred and Palestinian violence.

All of which brings us back to the rabbi’s current line, as expressed this week in Haaretz. He says American Jews all agree with him in opposing annexation. Maybe he’s right. Maybe he’s wrong. The only way to know is to take a poll – a poll with precisely-worded questions, not questions with vague language and “spin”-able slogans.

Don’t count on opponents of annexation carrying out a poll like that any time soon. They’re scared to death what kind of answers they would get. 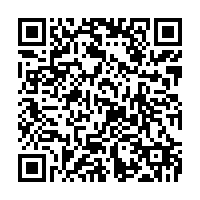