Imagine if the New York Times cartoon that depicted Israel’s Prime Minister as a dog had, instead, depicted the leader of another ethnic or gender group in a similar manner? If you think that is hard to imagine, you are absolutely right. It would be inconceivable for a Times editor to have allowed the portrayal of a Muslim leader as a dog; or the leader of any other ethnic or gender group in so dehumanizing a manner.

What is it, then, about Jews that allowed such a degrading cartoon about one of their leaders? One would think that in light of the history of the Holocaust, which is being commemorated this week, the last group that a mainstream newspaper would demonize by employing a caricature right out of the Nazi playbook, would be the Jews. But no. Only three-quarters of a century after Der Stürmer incentivized the mass murder of Jews by dehumanizing them, we see a revival of such bigoted caricatures.

There is no inconsistency in defending the right to express bigotry and at the same time protesting that bigotry. When I defended the rights of Communists and Nazis to express their venomous philosophies, I also insisted on expressing my contempt for their philosophies. I did the same when I defended the rights of Palestinian students to fly the Palestinian flag in commemoration of the death of Yasser Arafat. I went out of my way to defend the right of students to express their support of this mass-murderer. But I also went out of my way to condemn Arafat and those who supported him and praise his memory. I do not believe in free speech for me, but not for thee. But I do believe in condemning those who hide behind the First Amendment to express anti-Semitic, anti-Muslim, homophobic, sexist or racist views.

Nor is the publication of this anti-Semitic cartoon a one-off. For years now, the New York Times op-ed pages have been one-sidedly anti-Israel. Its reporting has often been provably false, and all the errors tend to favor Israel’s enemies. Most recently, the New York Times published an op-ed declaring, on Easter Sunday, that the crucified Jesus was probably a Palestinian. How absurd. How preposterous. How predictable.

In recent years, it has become more and more difficult to distinguish between the reporting of the New York Times and their editorializing. Sometimes its editors hide behind the euphemism “news analysis,” when allowing personal opinions to be published on the front page. More recently, they haven’t even bothered to offer any cover. The reporting itself, as repeatedly demonstrated by the Committee for Accuracy in Middle East Reporting in America (CAMERA), has been filled with anti-Israel errors.

So I am off to stand in protest of the New York Times, while defending its right to be wrong. That is what the First Amendment is all about. Finally, there is some good news. One traditional anti-Semitic trope is that “the Jews control the media.” People who peddle this nonsense often point to the New York Times, which is, in fact, published by a prominent Jewish family, the Sulzbergers. Anyone who reads the New York Times will immediately see the lie in this bigoted claim: Yes, the New York Times has long been controlled by a Jewish family. But this Jewish family is far from being supportive of Jewish values, the nation-state of the Jewish people or Jewish sensibilities. If anything, it has used its Jewishness as an excuse to say about Jews and do to Jews what no mainstream newspaper, not owned by Jews, would ever do. 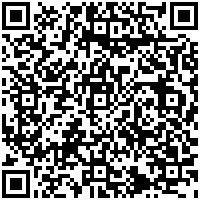