Last month, Israel’s Knesset Foreign Affairs and Defense Committee discussed the issue of Palestinian takeovers of land in Area C through building in strategic places and agricultural takeovers, which are directed and funded by European governments. Europe is also funding the legal battle in support of the illegal building. In cooperation with the Palestinian Authority and NGOs, the European Union and additional countries support the filing of thousands of cases in Israeli courts.

The body coordinating the legal campaign in Israel is the “Norwegian Refugee Council,” an international NGO listed in Israel under an “international humanitarian visa” approved by the Labor, Welfare and Social Services Ministry. The organization is responsible for filing 600-800 cases a year to Israeli courts through Israeli and Palestinian political organizations and private lawyers. The group claims that between 2009-2014 it provided “legal representation in court on 4,069 cases,” and its goals for 2018 are “1,162 new cases in the West Bank.”

According to a report by the research institute NGO Monitor, the European Union and other European governments gave the Refugee Council, and through it to the local organizations, more than $20 million between 2016-2020. An official British government document claims that between 2013-2016 the British transferred £1.4 million “directly for legal cases against house demolitions or evacuations. 2,541 evacuations or demolitions were delayed as a result.”

European intervention is not limited to the funding of legal procedures. Official documents of various countries show an attempt to change Israeli policy and create facts on the ground in strategic areas, using the legal system. The program’s goals include “litigation of cases that are of public interest and challenge Israeli policy, through Israeli courts and international bodies”; “change of policy and practices,” and “a lobby in the EU and UN.” The program is executed in coordination and tight cooperation with the Palestinian Authority, which directs the cases of illegal building to the organization and its partners.

The discussions in the Foreign Affairs and Defense Committee on the European-funded battle for land in Area C are the first and important attempt to deal with the issue, but it’s only one example of many. Europe has for years funded radical groups disguised as humanitarian NGOs, involved in campaigns against Israel such as BDS and the campaign against it at the Hague.

The Europeans even fund organizations that are connected to the Popular Front for the Liberation of Palestine terror group. Just recently it was revealed that a few senior officials from Palestinian “human rights” groups funded by Europe were charged with the murder of Rina Shnerb. The person accused of her murder and his commander in the terror cell acted as financial managers in the Union of Agricultural Work Committees, which is largely funded by Europe, under the title of humanitarian aid, to execute agricultural takeovers in Area C.

No country in the world would be willing to accept the fact that against any diplomatic norms, friendly governments would transfer millions of dollars to organizations trying to hurt it under the guise of aid and humanitarian groups. It’s time the government and lawmakers act directly against these funding governments and parliaments, in order to bring a fundamental change in the policy of how groups are funded by European governments.

Liora Henig-Cohen is a senior researcher at NGO Monitor. 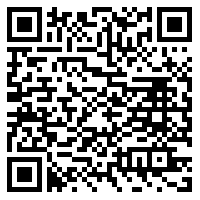