Israel just commemorated the six million Jews, who were murdered by the German Nazis and their many willing collaborators during the Second World War.


In Israel, the day is known as Yom Hashoah and on that day, every year, the country comes to a literal standstill for a few moments, as the sirens cry in commemoration of the six million. Every Israeli – man, woman and child – stops in his tracks and stands in silence to honor the memory of those who were forever silenced, hunted like prey and industrially mass killed in broad daylight in the middle of enlightened Europe. Just for being Jews. 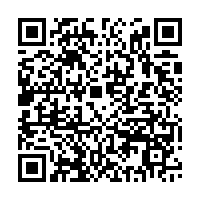