Ben is sensitive and tries hard to please Miriam, but when there’s a problem that needs to be dealt with, he seems oblivious. When she asks for input on a decision, he says, “It’s up to you.” He wants to be nice but he doesn’t realize he’s frustrating her.

I understand why Ben is unsure of his role. Like a lot of men these days, I absorbed so many messages on what a man should be that I was, frankly, bewildered. Every few years the media push new notions about what a man should be. For a while it was the idea that men need to develop their feminine side.

Then I went to the original Jewish sources. I started with Adam – the first man in the world who had a wife. Adam was alone. He wanted a wife. God created Eve to be, in the words of the Chumash, an ezer k’negdo – a helper opposing him or a helper against him.

A helper against him? What in the world does that mean? I looked at the commentary on the bottom of the page that quoted the Talmud: “If the man is worthy, the woman will be his helper; if he is not worthy, she will be against him.”

After reading so many books that said so little to me, this one sentence changed the way I looked at relationships. The message: It’s up to the man to make it work. It’s his responsibility. Stop blaming others. If a man works on himself and develops himself to be worthy, the woman will be his partner. If he doesn’t, she will be against him.

What happens next in the world’s first relationship? Adam and Eve are in the Garden of Eden. They have one commandment: Don’t eat the fruit of the Tree of Knowledge.

Eve eats it and then she gives it to Adam. He eats it. Then Adam hides in the bushes and God asks him: Adam, did you eat the fruit from the Tree of Knowledge that I commanded you not to eat?

What does Adam do? He says to God: The woman you sent me gave it to me and I ate it.

I couldn’t believe it. Adam gave in to something he knew was wrong and then he blamed his wife. I thought only men today did that.

Does blaming his wife help Adam avoid responsibility? Does God say: Adam, I understand, she pushed you into it – you’re not responsible for what happened? Just the opposite: God punishes Adam not only for eating the fruit, but also for not using his judgment.

I think it’s significant that one of the first lessons in the first chapter of Genesis is about what a man should be in a relationship.

My search led me to discover timeless wisdom that fathers taught their sons for generations – wisdom especially relevant in today’s world. Here are five of the lessons I learned:

Take Responsibility. Learn from Adam. Don’t do things you know are wrong and then blame others. If you make a mistake, take responsibility for your actions. One of the meanings of the word “husband” is someone who skillfully manages his household. A manager takes responsibility. As Adam experienced, there is little sympathy for a man who blames a woman for something that has gone wrong. He’s often still held responsible. People will ask him, “Why did you let it go on?”

Some men avoid taking the lead because they don’t want to be criticized. They think they’re playing it safe. A man should say “I’ll handle it” and take the initiative to find solutions. If he’s not sure what the solution is, he can do what other leaders do – consult the many sources of information available.

America’s Enemies Bite the Hands that Feed Them 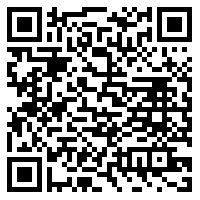