In a remarkable finding in their May report, intelligence officials of the German state of Baden Württemberg wrote that propaganda from the neo-Nazi party Der Dritte Weg (The Third Way) calling to boycott Israeli products “roughly recalls similar measures against German Jews by the National Socialists, for example, on April 1, 1933 (the slogan: ‘Germans! Defend yourselves! Don’t buy from Jews!’)”


The historical significance of the parallel between contemporary calls to boycott Israeli products and the Hitler movement’s economic warfare against German Jewish businesses should not be ignored.

The Nazi efforts to strangle Jewish companies in order to isolate and dehumanize German Jews was a nascent phase of the Holocaust. Hence the boycott campaign against Israel is just another dangerous recurrence of history in a new form.

Fast forward to 2005: According to the Boycott, Divestment, Sanctions (BDS) movement’s declaration targeting the Jewish state, a key demand is the return of all “Palestinian refugees” to Israel. The “return” of the alleged millions of Palestinians refugees—based on a bogus definition of refugee status—would spell dissolution of the Jewish state. Anti-Semitism at its core is about discrimination against Jews.

The proliferation of pro-BDS activities in Germany prompted Felix Klein, the German government commissioner for the fight against anti-Semitism, to write in the daily Die Welt in August that “the BDS movement is antisemitic in its methods and goals.” He added that BDS’s “Don’t buy!” stickers on products from the Jewish state are “methods from the Nazi period.”

According to the German intelligence report from May, boycotts of products from the Jewish state are a “new variation of anti-Semitism.” This is the first instance of a domestic intelligence agency labeling boycotts targeting Israeli products as anti-Semitic and a security threat.

The following month, in June, an intelligence report from the German state of Rhineland-Palatinate arrived at the same conclusion. “The Third Way’s slogan ‘Boycott Products from Israel’ and … betray significant parallels to the anti-Jewish agitation of the National Socialists,” the agency wrote.

The intelligence agency copied a graphic from The Third Way’s website featuring the slogan, “Boycott products from Israel: 729=Made in Israel.” The number 729 is used in barcodes to identify Israel-based companies, although not necessarily where a product was manufactured.

It is worth noting that the party platform of German Chancellor Angela Merkel’s Christian Democratic Union declared in 2016, “Who today under the flag of the BDS movement calls to boycott Israeli goods and services speaks the same language in which people were called to not buy from Jews. That is nothing other than coarse anti-Semitism.”

David Duke, a former member of the American Nazi party and founder of the Knights of the Ku Klux Klan, praised BDS on his website in 2013, writing, “Boycott of Zionist State Gathers Steam.”

Proponents of the BDS campaign are not limited to right-wing extremist organizations. Islamists, pro-Palestinian and far-left wing groups in Europe advocate BDS.

Twenty-five US states have passed anti-BDS legislation or promulgated executive orders against the anti-Israel campaign. Most outlaw state contracts with businesses that work with BDS entities.

Take the example of pro-BDS legislation passed by Ireland’s upper house of parliament in June. If the bill becomes law, as is expected, it will criminalize the import and distribution of Israeli products made in the disputed territories (east Jerusalem, the West Bank, and the Golan Heights).

The proposed Irish measure singles out Israel’s territorial dispute with the PLO among the more than 100 land conflicts in the world.

While Germany has made progress in combating BDS, there is still substantial support for BDS activity. The Cologne-based Bank for Social Economy enables BDS by providing multiple bank accounts to anti-Israel NGOs. German Jewish philanthropy organizations and the LGBT group Magnus Hirschfeld Foundation have cut ties with the bank or are winding down their business with it to protest the bank’s anti-Jewish activities.

According to a statement from the Bank for Social Economy in its defense of BDS business, the bank “rejects any form of anti-Semitism, but we nevertheless accept that there are widely diverging views on the Middle East conflict and the relationship between the Palestinians and the State of Israel. Underpinning this approach is the principle of freedom of expression, which in the light of German history we consider especially important.”

Put simply, the bank views BDS as protected speech and not a form of conduct that leads to discrimination against Israelis based on their national origin.

There has been no shortage of Democrats and Republicans falsely accusing each other of Nazism over the last two decades. While the reckless and unjustified use of “Nazi” as an adjective is on an inflationary upward trend, the comparison between BDS and the Nazi era warrants being drawn.

If the rapid spread of BDS in Europe is to be stopped, the BDS campaign should be recognized as a moral pariah that threatens both Jews and non-Jews. US-style anti-BDS legislation is urgently needed in Europe. 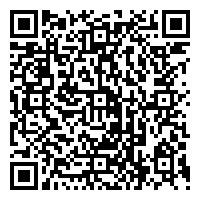