Tens of thousands of illegal structures have been built in the past decade in Area C, the section of Judea and Samaria under full Israeli jurisdiction. What makes them illegal?—you might ask, and rightly so. So much hot air surrounds the word “illegal” when it is applied to Judea and Samaria that’s it’s hard to tell fact from fiction.


So here are some facts: Structures built in Area C, the portion of Judea and Samaria placed under full Israeli jurisdiction by the Oslo Accords, must receive permits from the Israeli authorities. That would require planning, to ensure that resources are used wisely and that there is some logical division of scarce land, water and other natural treasures for healthy development in the present and the future.

That would require all safety standards to be met, to ensure sound and environmentally sustainable construction methods and outcomes. It also means that thought is given to the delicate political environment, as well as to the needs of individuals and communities.

The Jewish communities of Area C—“settlements”—are not illegal. Israel has every right to allow its citizens to build and develop communities on state land, and it has the responsibility to oversee the use of land resources, enforce building and planning regulations, and enforce the law in this territory.

Areas A and B of Judea and Samaria are under full Palestinian Authority jurisdiction in all matters pertaining to construction; the P.A. is responsible for developing housing solutions for the people under its jurisdiction, and has all the necessary resources to do so, as more than 60 percent of the land in those areas is empty, ready and waiting. No Israeli permits or permission are required.

Palestinian residents of Area C, like Jewish residents of Area C, must obtain the necessary permits for construction from the Civil Administration, and the committee responsible for approving building-permit requests for the non-Jewish sector has convened every few weeks for decades and approved thousands of worthy projects submitted either by individual Arabs or by the P.A.

Nonetheless, according to recent estimates, more than 60,000 illegal structures have been built in Area C in the past decade—and the vast majority have been built as part of the P.A.’s masterplan for the creation of a Palestinian state (known as the Fayyad Plan). These illegal structures are located in strategic areas, designed to create territorial contiguity for the Palestinian state-in-the-making or to block growth and routes of access between Israeli communities and pre-1967 Israel.

To ascertain both the extent of these electricity connections and the manner in which they are established, Regavim submitted a Freedom of Information request last August to the Civil Administration in Judea and Samaria, focusing on a cluster of illegal structures located a few meters from the entrance to Efrat in Gush Etzion. These structures, built illegally by Arabs with the encouragement and support of the P.A., had been connected to the East Jerusalem Electric Company’s power grid only a few months earlier.

Regavim wanted to understand how the East Jerusalem Electric Company received permission to connect the illegal structures to the grid, and precisely how the electricity pillars were placed: Is there an approved masterplan for the area? Were the structures given permits, or perhaps granted permit exemptions that allowed for their connection to the grid?

“Aside from the safety hazards posed by unauthorized, unsupervised electrical connections, this situation lends permanence to the illegal structures,” says Yakhin Zik, director of operations at the Regavim Movement. “It is inconceivable that a company subject to Israeli law should provide unauthorized electrical connections to structures built illegally. It is inconceivable that while on the one hand, the Israeli government has vowed to fight and win what it has called ‘the battle for Area C,’ on the other hand it is allowing this phenomenon to entrench and reward the illegal construction that is the primary tool for the hostile Palestinian takeover of Area C.”

The situation seems more like a parody of bureaucratic double-speak than a real-life (and potentially life-threatening) scenario. It is an affront to law and order, and it’s high time for the Civil Administration to stop insulting our common sense. 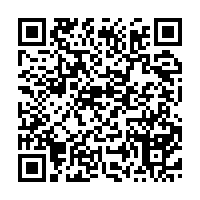