Prime Minister Yair Lapid’s support for the “two-state solution” during his UN General Assembly address re-opened the Israeli debate over the merits of this policy for the State of Israel.

To recall, the two-state solution was never a part of the key documents that provided the diplomatic basis for the Arab-Israeli peace process in the past. It stands out that significant ministers in Mr. Lapid’s own government refrained from getting on the two-state bandwagon, including Defense Minister Benny Gantz.

As Ambassador Alan Baker, the former legal adviser to the Foreign Ministry during the Oslo years, has written, the two-state solution, or in any of its multiple implementation agreements that were generated over the years.

It sounds fair, which is why diplomats have been drawn to it, converting it into a diplomatic mantra. But however it sounds, the two-state solution is not drawn from binding legal commitments made by Israel in the past. To assume that is the case is both incorrect and even misleading.

In October 1995, Prime Minister Yitzhak Rabin gave his final address to the Knesset weeks before he was assassinated. In the speech, he outlined what should be the components of a final peace settlement with the Palestinians. In retrospect, it now stands out that he did not make any reference to the two-state solution. His backing of Palestinian statehood by itself was at best lukewarm. Indeed, he spoke only about an entity which was, in his words, “less than a state.”

Another problem that the terminology of the two-state solution generates is the expectation that if the Palestinians’ grievances are fully addressed and resolved, the wider Arab-Israel conflict will come to an end. Diplomats embraced the “two-state solution” as a kind of magic key that would solve the Arab-Israel conflict. There is no indication that this was ever true. Going back to 1948, at the time of the first Arab-Israel war, it would be fair to ask why did the Arab states at the time invade the nascent State of Israel in the first place.

There is a school of thought among historians that each of the Arab states, back then, had its own particularistic aims for attacking Israel: Damascus was looking to establish a Greater Syria in the Levant, Amman hoped to reinforce its hold on the holy sites of Jerusalem after the Hashemites lost the holy sites of Islam that they once held in the Hijaz, and Cairo was looking to connect itself with the Mashreq – that portion of the Middle East that was located in West Asia – and by doing so avert becoming isolated in North Africa.

If the considerations of the Palestinian Arabs were paramount for the Arab world, then why wasn’t a Palestinian state established in Judea and Samaria during those years, when the Arab world had the chance because it already held those areas?

True, the Palestinian Arabs tried briefly to set up a mini-state in the Gaza Strip, known as the All-Palestine Government, but it never acquired wider backing through international recognition.

Its association with the Jerusalem mufti, Hajj Amin al-Husseini, the Palestinian leader most visibly connected with Nazi Germany during the war, undermined the chances of the All-Palestine Government succeeding. Gaza remained an area under Egyptian military occupation until the Six-Day War.

Today, Israel needs to design an approach to the Israeli-Palestinian conflict that keeps in mind the true dimensions of the wider conflict. The Arab-Israel conflict has resembled an accordion that can expand or contract according to international circumstances. In 1967, there was an Iraqi expeditionary force that sought to cross into Israel by cutting through Jordan. The conflict had grown.

By 2022, Iraq was no longer the same strategic factor. And it was Iran that was recruiting Shi’ite militias from all over the Middle East and sending them mostly to Syria.

Today there is a risk that if the two-state solution becomes popularized again, without justification, then Israel will come under rising international pressures to adhere to its terms, even if they do not apply. It risks stripping Israel of its right to secure boundaries which is an integral part of Resolution 242.

What recent events have demonstrated is that a very different Middle East has arisen. Diplomacy remains vital in this new period, but it will only yield results if it addresses the vital interests of the parties which engage in it. That is the lesson of the Abraham Accords, which produced four normalization agreements between Israel and Arab states.

But right now, the two-state solution is just a nice-sounding mantra that will lead diplomats off course. This should be the message of the State of Israel the next time an Israeli prime minister addresses the UN General Assembly. 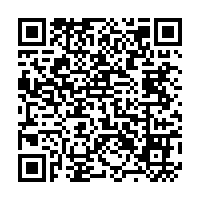