Perhaps to non-Israeli followers of Israeli politics, soon-to-be-king Naftali Bennett is doing what is only natural for a politician: making the best deal possible, while extricating the country from a political quagmire that has lasted for more than two years. Indeed, Bennett campaigned to be Israel’s prime minister, and this is precisely what he’s achieving.

So why are there protesters outside the homes of Knesset members Ayelet Shaked, Bennett’s number two, and Nir Orbach, sixth on Bennett’s “right-wing” Knesset list? Why do polls show that two-thirds of Bennett’s own voters do not agree with the deal he has made with Yesh Atid chairman Yair Lapid to form a government? Why are numerous right-wing pundits, including Yinon Magal and Caroline Glick, who previously ran on Bennett’s slate, criticizing him mercilessly?


There are two main reasons for this. The first is the sheer number of lies and spins that Bennett is telling, and promises that he is breaking, all at once, in the most blatant manner possible.

The most prominent of these are his protestations and promises that he would not form a coalition with Lapid, whose party had been polling at around 20 seats, and was the nearest competitor to the Likud headed by Prime Minister Benjamin Netanyahu.

It was something that Bennett reiterated over and over, including in several television interviews, to counter claims by the Likud that a vote for Bennett, who had been nose-diving in polls, might end up being a vote for Lapid as prime minister. Bennett sought to reassure voters that this would never happen, and even signed a written “document” to this effect during a live broadcast of a popular political TV program on Israel’s Channel 12.

Bennett had also called on Netanyahu to sign such a document, but one that also included a commitment not to form a coalition with Ra’am Party chairman Mansour Abbas. During the campaign, Bennett had criticized Netanyahu for associating with “a man who visited and hugged” terrorist murderers of Israeli soldiers. Netanyahu should be “ashamed” of this, Bennett said. Last week, Bennett signed an actual coalition agreement with Abbas.

And there’s more. Since the current government was formed a year ago in April, Bennett criticized it for its inability to function, due to its being a “parity” government between the Likud and Benny Gantz’s Blue and White Party. Yet Bennett himself contributed to its instability when he left the government and waged a campaign against it after not having been appointed health minister or given control of the government’s COVID-19 policy.

Now, he is forming what will likely be an even more unstable and fractured government, glued together only by a desire to oust Netanyahu.

Indeed, the name of Bennett’s Yamina Party means “rightward,” an unspoken promise to voters that, unlike Netanyahu, who has often veered towards the center or even left for pragmatic reasons, Bennett would hold the ideological line, the opposite of what he is now doing.

This brings us to the second reason for many voters’ dissatisfaction: Bennett’s power grab is essentially undemocratic, especially in the context of Israel’s proportional system. He is undoing the will of the voters, primarily his own.

Israel’s electoral system and the voting public work on two assumptions, faulty as they are. The first is that there is a contest between right and left blocs, and the bloc that gets the most votes will be the one that forms the government and sets policy.

Though, in certain cases, parties have crossed the line when the other side’s victory was inevitable or in a time of national crisis, Bennett (along with other former right-wing politicians) is doing so when an absolute majority of the MKs elected on March 23 is right-of-center.

The second assumption is that small parties must ultimately get in line behind the major ones, even if they obtain an outsized influence in government. Bennett ran for prime minister and lost, badly, winning only seven Knesset seats. With MK Amichai Chikli’s abandonment of Yamina, Bennett only speaks for six.

Representing, at best, some 6 percent of the vote, Bennett is not making a deal with the large right-wing party that won the plurality to earn one or two more ministries than he deserves in a right-wing government. Instead, he is making a deal with a medium-sized, left-wing party to become the prime minister in a left-wing government. It smacks of illegitimacy and a rush to the top at all costs.

To top it off, by enabling a government coalition whose sole commonality is hatred for Netanyahu, Bennett has made himself an accomplice to what the Israeli right sees as the left’s take-down of the popular leader of the right through illegitimate, extra-electoral means.

If there’s anything that right-wing Israelis hate, it’s when politicians who claim to be on the right, veer to the left—turning voters into “freierim” (suckers). If Bennett has not completely changed his ideological colors, he will be relying on these right-wing voters to come around before the next elections, which likely aren’t far away. But such anger towards a politician by his own political base has not been seen in some time, and Jews are not known to be a people who easily forget.

(Daniel Tauber is an attorney and Likud Central Committee member) 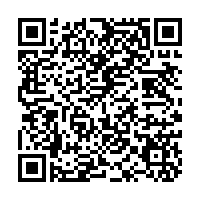