Every time I attend a theatrical production, a faceless voice speaks before the curtain rises and strongly directs people with sucking candies to unwrap the crinkly plastic before the show begins.

I have been at a concert where I saw a refined silver-haired gentleman in a tuxedo roll up his Playbill program, reach at the fellow at the aisle in front of him, and literally smash the guy on the head with it because the guy was whispering to his wife during the “Ode to Joy” segment of the fourth movement of Beethoven’s Ninth.


There is a commonsense understanding — nothing to do with religion — that a mature grownup should not speak in certain settings. Although I have never set foot in a church, my understanding from non-Jews is that worshipers are silent inside except when congregational etiquette calls for a participatory “Halleluka!” or “Amen!”

People create a mood. When someone enters a formal restaurant where men are expected to wear suits, sport coats, or blazers, the restaurant actually will force a man who arrives without one to don one. Sometimes a restaurant will deny entry to someone whose attire does not meet the facility’s requirements because one person can destroy a mood. Imagine someone bursting out in laughter at Yizkor or during a gravesite Kel Moleh Rachamim memorial prayer, for example.

Shuls were built for prayer and communicating with G-d.  They are not sports arenas, ball parks, the White House briefing room, or the floor of the stock exchange – even though some less sober people do come to shul primarily to discuss their sports teams, the news, or business matters.

Shuls are built for prayer, for hearing G-d’s word as the Torah is read, and for connecting religiously and spiritually. There is not a more inconsiderate, unfeeling, and narcissistic form of conduct than sitting in shul and talking idly while others are trying to connect with their davening and hearts.

This past year, our shul got rid of its last compulsive talker. From the minute he would walk into shul, he would talk for much of the next 150 minutes. He taught people who never talked during davening to talk in shul. These included newcomers to Torah observance — ba’alei teshuvah, conversion candidates, and simply good educated people who had begun coming to our Orthodox shul as a step up from Reform and Conservative, where there was no talking during their service.

We spoke to this fellow privately – for months. We begged. We spoke, one by one, to other people whom he regularly targeted for schmoozing, explaining that they rightly never before had talked in shul, and it now was time to reset their comportment and decorum.

Finally, the fellow proceeded to the next step: He introduced others to the idea of walking out of shul during Haftarah. This way, he explained, they could talk without dismaying the rabbi. In a shul where no one ever before had stepped outside to talk during Haftarah, he now was teaching this new shame.

If Haftarah is a time to walk out, then there is no point in reciting it. If davening is a time to discuss sports, news, travel, and business, it becomes tarnished.

For this principle one does not need to quote the Shulchan Aruch, although there is ample material to cite. Rather, one may speak of common sense. Theaters will not put up with it. Nor will churches or Reform temples. Should a shul, a house of G-d, be treated in a less holy, dignified, or sacred fashion?

That fellow no longer comes to our shul. That is why this rabbi is “paid the big bucks” – to resolve matters that cannot be resolved any other way. People now daven the way they used to. We have purchased for each congregant a wonderful book that explains each week’s Haftarah with five pages of background and context.

And with the new-generation Rabbinical Council of America siddur soon arriving, we look forward to turning every Shabbat to page 552, where we will recite straight from the siddur this 17th-century prayer authored by the Tosfot Yom Tov, Rav Yom Tov Lipmann Heller:

May He who blessed our fathers…bless one who guards his or her tongue from talking during prayer, starting with Barukh She’amar, till the end of services, including the Torah reading…and certainly if it is of a non-sacred or anecdotal nature. May that person enjoy all the blessings recorded in the Torah of Moses our teacher and the other prophecies, to bear righteous and long-living offspring, and be privileged to enjoy the rewards of [this world and the World to Come]. And let us say: Amen. 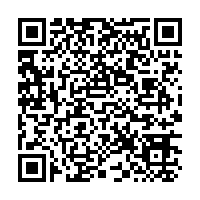