It all started at CPAC 2019. We had just heard President Donald Trump announce that he would soon sign an executive order to protect freedom of speech on campus. The order, said the president, was an “historic action to defend American students and American values that have been under siege.”

My right to speak freely on campus was tested shortly thereafter when several students from the YU Jewish Republican Club asked if I would be interested in serving as a guest panelist at an event they were putting together. As a politically conservative rabbi and Jewish activist, I believe voices like mine should be heard on campus, and so, despite my busy schedule, I agreed to attend.

The event, entitled “Politics in Judaism,” was to feature several other Jewish activists, including Michael Celler from the RNC, Eve Stieglitz from Jews Choose Trump, Elizabeth Pipko from Jexodus, and Dep. Mayor of Mendham Township Sarah Neibart.

As the event began to take shape, some left-wing student activists began taunting me on Facebook, claiming I had been banned from YU and would not be able to attend the event. One activist in particular, David Selis, gleefully proclaimed on my Facebook page that I was being banned because, I had attacked YU musmachim on social media, “use[ed] inflammatory rhetoric, and blam[ed] the Pittsburg massacre on liberal Jews” – all of which, while technically can be construed as true, were nonetheless gross misrepresentations of reality.

Of course, I was unsure if I had indeed been banned from YU; after all, I hadn’t received any official notice from the university. But a day or two after the AIPAC conference, I received a call from the event organizer, who proceeded to tell me, with evident discomfort, that a YU dean told her that I had been banned from campus for the reasons stated above.

I decided to confirm the news as it was rather distressing to learn that YU was suppressing speech on its campus. I contacted various university officials but received no replies. Several others contacted the university as well, including one of the panelists (who is a friend of mine). She, too, received no reply.

I was not surprised – just disappointed that YU would take such a highly unAmerican step. So I encouraged the organizers to hold their event without me and promised I would show my support by attending as a guest. When the university learned of my plans, however, they closed off the event to the public for “security reasons.” The event ultimately went ahead with a crowd of approximately 30 students, a total let down for the organizers and panelists.

Now for a clarification: My social media remarks were never aimed at a “YU musmach,” as such. To even insinuate that they were is ridiculous and offensive. Moreover, I apologized publicly for my tone and “ad hominem attacks” way before I was invited to speak on campus both on social media and other mediums, including the Zev Brenner show.

Additionally, my comment that Jews can sometimes inadvertently instigate anti-Semitism is not my invention. Both the Siredi Eish and the Alter of Kelm have voiced similar sentiments and, from what I understand, YU has not banned their books from its campus yet.

Moreover, I find it rather hilarious that YU is bothered by my remarks about Torah Trumps Hate and its leader, Elad Nehorai, a man who distorts Torah and desecrates Hashem’s name, a man who has publicly said that halacha that needs to catch up with the LGBT community, a man who has said that a man with same-gender attraction can say to G-d after he gets to heaven, “[You are] wrong, and [I will] gladly accept any punishments that come[s] with it.”

In any event, what could have been resolved in a meaningful dialogue, either before or after the event took place, was resolved in a disrespectful manner that not only stifled my freedom of speech but that of the students who participated and wished to host me.

Unfortunately, these students were bullied, and that is something Yeshiva University should make amends for. That YU decided to not allow me to attend should bother anyone who cares about freedom of speech on its campus. 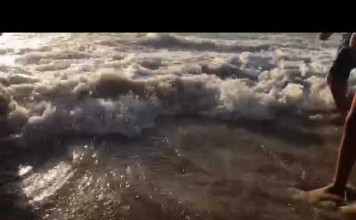 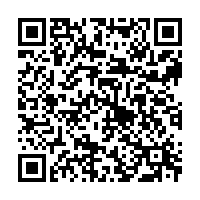