I was one among dozens in February who packed the auditorium of Christ Church College, Oxford University to hear that circus act of a man, the Member of Parliament for Bradford West, George Galloway, debate the evils of ‘Zionist apartheid.’ His speech – littered with such witty remarks as ‘Israel is not kosher, it’s not even halal’ – was mostly met with laughter. After all, the man is a joke. But some jokes are offensive – others, racist.


Like many, I was left stunned by Galloway’s disgraceful actions. In walking out on my friend Eylon Aslan-Levy, Galloway confirmed what we had all thought about him for a very long time. As Eylon put it: “to refuse to talk to someone just because of their nationality is pure racism.”

Galloway is a man who gives speeches toHezbollah rallies in Beirut, who has interviewedMahmoud Ahmadinejad for Press TV – and of course, has rather disturbingly implied support for Bashar al-Assad. Yet he will refuse to have a constructive dialogue with a PPE undergraduate solely due to an accident of birth. Because he happens to hold a specific passport. Because his parents are different.

Galloway refuses to recognise my national and civic identity. He denies my cultural existence. In effect, like Hamas, he seeks the destruction of the State of Israel. This to me and many others is racism of the worst kind. I couldn’t just allow him to return to Oxford and pretend as if nothing happened last time – after all, he is notorious for denying some of his more outrageous statements (thank goodness for the internet).

By looking him in the eye and speaking to him in Hebrew, I wanted to show my fellow students that Galloway’s continuing behaviour is completely inexcusable.

And how does Galloway reply? By implying that I am a fascist, of course. By equating my holding of the flag of my homeland with English Defence League (EDL) thugs. By comparing Israel to apartheid South Africa. By comparing Zionism to Nazism. The usual rubbish. The standard anti-Zionist spiel.

So I’m a fascist? But George, you’re the one who addresses the fascists of Hezbollah at their anti-Semitic rallies. You’re the one who openly admired Saddam Hussein’s ‘courage.’ And don’t get me started on the Nazi comparison. Comparing the Jewish people to the perpetrators of their attempted destruction is a classic and recognised anti-Semitic trope.

It’s funny that Galloway almost soiled himself when I approached him – thinking there was a weapon under my sweater. His hands were visibly trembling. I don’t believe in violence against individuals – but it can be argued that those whom Galloway could count as fans most certainly do.

Galloway looks close to “losing it”

I need not elaborate that Israel is the only liberal democracy in the Middle East. I don’t need to remind anyone of the steps Israel has taken for peace in the last twenty years: Oslo, Camp David, unilateral withdrawals from Lebanon and Gaza, a settlement freeze. Above all, it is unnecessary to stress how Israelis (like me) continuously yearn for peace. I would have rather debated that with Galloway. He did not bother to hear what Eylon had to say last time. In a speech far better than anything that ‘hapless’ Member of Parliament could spout from his big mouth, Eylon magnificently argued the case for the establishment of a Palestinian state as part of a negotiated final-status agreement. That is the official policy of the current Israeli government – and nearly all governments preceding it since Oslo.

It is truly perverse that for its first event this term, a debating chamber internationally renowned for its respect for free speech invited a man who denies that right to others on the basis of their nationality. Galloway epitomises everything the Oxford Union stands against. It is disgraceful that he was invited. It is even more disgraceful that he was sycophantically advertised as being one of the ‘most impressive debaters in Britain.’ I don’t know any ‘impressive’ debaters who walk out on their opponents. And I wouldn’t dream of hosting him as a ‘guest of honour,’ especially in light of the offence he caused to the Oxford student community when he last visited.

But as an important disclaimer, I must stress that I don’t deny Galloway’s right to free speech. I stand for constructive dialogue with others. My mocking imitation of Galloway’s behaviour was a statement to all, that on the political issues which divide us most, both sides must be heard. One opinion must not silence another. This is what debate means – and the Oxford Union’s invitation to Galloway is a slap in the face for all those who believe in that principle.

George Galloway Fired from Own Radio Show over Anti-Semitic Tweet 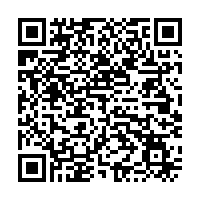