Did you see the big headline news this past week? Well, in case you missed it, here it is: “Vizhnitz Chassidim to Establish New $500 Million Community in Lakewood.”

Wait, there’s more. An article in The Jewish Voice informs us that the Vizhnitz Rebbe wants “his followers in Jerusalem…to move the community to Lakewood.” It then explains that this new community is being planned very carefully with beautiful large apartments containing five bedrooms, four bathrooms, and even a playroom – all for just $500,000. The community will have a gigantic beis midrash “complete with a social hall, banquet hall and large mikveh…a yeshiva ketana and a yeshiva gedolah.”


Before telling you what I think about this, I must inform you that Vizhnitz today has at least 10 (yes, 10!) different Rebbes. (This story is about the Rebbe who took over from his father, the Vizhnitz Rebbe, zt”l, of Monsey.) The common denominator of all these Rebbes – and what Vizhnitz is famous for – is incredible ahavat Yisrael. I truly salute them for this.

But why is Vizhnitz building in Lakewood? Yes, new Jewish communities need to be built, but in one place and one place only: Eretz Yisrael. I realize there are currently millions of Jews all over the world and I have no problem with them building a new mikveh when the need arises. This story, though, is about something completely different. It is about building a new community that did not exist before.

An existing community that needs an eruv or a kollel? Fine, no problem! But to go out of your way to build a new community, outside the Promised Land, starting from scratch with everything from A-Z – in Lakewood, New Jersey? Are we out of our minds?

Trust me, I understand the problem these chassidim have. Prices in Jerusalem are out of control, and it’s extremely hard to own an apartment there, especially one with five bedrooms, four bathrooms, and a playroom! It’s unheard of. However, other options exist and there is absolutely no need to take these beautiful Jews out of Jerusalem and “move the community to Lakewood.”

As a matter of fact, if done right, you could probably wind up moving a lot of the beautiful Jews from Lakewood to Eretz HaKodesh!

Let me give you just one example. The city is called Emanuel. It’s located in the Shomron and it’s a 100-percent charedi city. Currently, there are 1,100 families living there, of which 350 are chassidishe families from Slonim, Lubavitch, Mozitz, Karlin, Zvil, Alexander, Lelov, Strikow, and even Vizhnitz.

As you read these words, 300 apartments are being built for Bianer chassidim, and there’s plenty of room for thousands more! These Bianer chassidim will also be building a beis midrash plus a yeshiva ketanah and – when those diamonds grow up – a yeshiva gedolah as well. Emanuel has room for a total of 13,000 families!

If the Vizhnitz Rebbe – or any chassidic Rebbe – is looking for a good financial deal for his chassidim, that same $500,000 they are prepared to spend in Lakewood, NJ, would build them a gorgeous villa in Emanuel! In addition to a nice house, they can all have a garden where fruit trees can be planted. These fruit trees will have the mitzvot of terumah, ma’aser, and shemittah attached to them!

Sorry Lakewood, but even a tree that grows in the middle of the big yeshiva there does not have the kedushah of one leaf of an Emanuel lemon tree.

There is an enormous amount of space in Israel for every Jew to come home. Do you like it warm and sunny? Forget about Miami Beach and come to the Jordan Valley. Want incredible views of hills, mountains and valleys? Yehuda and Shomron is the place for you. Want to be near water? There’s tons of space in the Galilee and on the Golan Heights.

All of these locations can come to life within a very short amount of time and for a reasonable price. Yes, Jerusalem and Ra’anana are expensive (beautiful, but expensive), but there are many other options as well.

We need to drill into our heads one simple thing: The future for Am Yisrael is in Israel – not Lakewood or any other city outside of Hashem’s chosen land. You may live in a foreign country now, but your future and the future of your children and grandchildren is in a different, very special place.

Start planning that future now, and, with Hashem’s help, you’ll succeed at making that dream a reality. 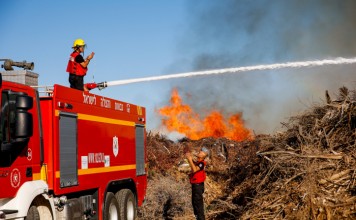 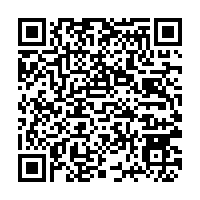