The Lebanon-based Islamic organization Hezbollah is one of the most dangerous groups in the world. Recently, Hezbollah chief Hassan Nasrallah incited violence against American and European interests over the movie The Innocence of Muslims. And yet, the European Union refuses to follow America’s example and classify Hezbollah as a terrorist organization – a move that would enable the E.U. to freeze the group’s assets in Europe.

Several people, including the U.S. ambassador to Libya, have been killed, ostensibly in retaliation for the movie, which is perceived to be critical of Muhammad, the 7th century Arab warlord who founded Islam. Instead of calling for calm, Hezbollah leader Nasrallah called for prolonged protests: “The whole world needs to see your anger on your faces, in your fists and your shouts.”


Hezbollah is also involved in terrorist activities in Syria. During a meeting on September 7 in Paphos, Cyprus, the foreign ministers of the 27 member states of the European Union discussed the situation in Syria, including the position which the E.U. should take regarding Hezbollah. While Britain and the Netherlands urged other E.U. governments to join the United States in imposing sanctions on Hezbollah, they were unable to convince the other E.U. members. Dutch Foreign Minister Uri Rosenthal said that Hezbollah should, further, be branded a terrorist organization; he was, however, was isolated with this stance.

This does not come as a surprise, considering the E.U.’s earlier refusal to condemn Hezbollah for terrorism. Last July, Avigdor Lieberman, the Israeli Minister of Foreign Affairs, visited the E.U. capital, Brussels, to persuade the E.U. to follow America’s example and classify Hezbollah a terrorist organization. Lieberman met resistance – a lot. He was attempting to isolate Hezbollah after the July 18 suicide bombing at the airport of the Bulgarian coastal resort of Burgas – an attack, and clearly a terrorist one – in which five Israeli tourists and a Bulgarian bus driver were killed.

According to Israeli and American intelligence sources, the terrorist attack was the work of Hezbollah, upon orders from Iran. Nevertheless, the Cypriot minister of Foreign Affairs, Erato Kozakou-Marcoullis, who currently holds the rotating E.U. presidency said that there is “no tangible evidence of Hezbollah engaging in acts of terrorism.” Hence, there was “no consensus for putting Hezbollah on the list of terrorist organizations.” He emphasized that Hezbollah was an organization with a political as well as an armed wing and that it has representatives in the Lebanese parliament and government.

Jacob Campbell, a researcher at the British Institute for Middle Eastern Democracy, told the Jerusalem Post: “Within just days of the Burgas bombing – almost undoubtedly perpetrated by Hezbollah – the Presidency of the E.U. Council explicitly ruled out the possibility of listing Hezbollah as a terrorist organization, insisting that there is no ‘tangible evidence’ to link Hezbollah to terrorism. This ludicrous statement was made despite an earlier resolution adopted by the European Parliament, which cites ‘clear evidence’ of terrorist acts committed by Hezbollah. On this issue, as in so many others, Brussels appears to have its head buried firmly in the sand.”

France is one of the countries that oppose the efforts to blacklist Hezbollah. France, the former colonial power in Lebanon, wants to preserve its diplomatic influence in that country. In 2011, Najib Mikati, a Hezbollah-backed politician, became Prime Minister of Lebanon after Hezbollah toppled the previous government. Even deadly attacks by Hezbollah on French nationals have not persuaded the French government to designate the group as terrorist. Last year, Alain Juppé, the then Foreign Minister of France, accused Hezbollah of attacking French U.N. peacekeepers in Lebanon. However, with Hezbollah constituting part of the Lebanese establishment, the French are reluctant to act against it.

The German government, too, refuses to draw the obvious conclusion regarding Hezbollah, although the German domestic intelligence agency, the Bundesverfassungsschutz, has warned that Hezbollah has over 900 active members in Germany. In 2008, the German Interior Ministry restricted the reception of the programs of the Hezbollah television station Al-Manar in German hotels. Al-Manar is used by Hezbollah to recruit terrorists and communicate with sleeper cells around the globe. 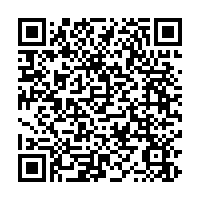