They’ve got 4,000 locations spanning big cities, small towns, and suburbs throughout the United States and can be found in more than 60 countries around the world.


You can always count on them.

Not Starbucks. Not Home Depot. Not McDonald’s.

They’re the guys who light those giant menorahs in public squares to celebrate Chanukah. They’re the women on the streets handing out candles before Shabbat. They’re the yeshiva kids who spend each Friday hustling between office buildings to put tefillin on, and teach Torah to, any Jewish man they can find.

They’re the ones who run “Chabad Houses” on college campuses from Berkeley to Cambridge. They give weekly Bible classes in the Capitol basement in Washington. They drive “Mitzvah Tanks” throughout the busy streets of major cities, giving Jewish passersby the opportunity to do mitzvahs on the fly. They run a nonsectarian drug treatment center in Los Angeles. They sponsor the world’s biggest Passover Seder, in Nepal. They establish synagogues, Hebrew schools, and day-care centers in places that are often indifferent and occasionally hostile to their outreach efforts.

The selfless and dedicated leaders of each of the worldwide centers are known as shluchim, or emissaries. They’re out there, very often on their own, and they’re responsible for building Jewish life and supporting the needs of their communities. Fulfilling the vision of the Lubavitcher Rebbe, they serve with complete faith, dedication, and commitment, often without funding or fanfare.

While I have had dozens of wonderful personal experiences with various Chabad emissaries around the world, an interaction today with Rabbi David Libersohn, the Emissary who runs Chabad Barcelona, Spain, compelled me to (a) make an online donation to his Chabad House (http://bit.ly/2v5VdAA); and (b) write this article.

Today is Thursday, August 17. Earlier, a terrorist drove a van into a crowd of pedestrians just outside Maccabi, Barcelona’s only kosher restaurant. The attack took place shortly after 5 p.m. Police confirmed that 13 people were killed and 100 others were wounded. At the instruction of local law enforcement, Jewish institutions and establishments were immediately closed. Several dozen patrons remained confined inside the kosher restaurant and were not being let out.

I immediately sent a message via WhatsApp to a friend of mine visiting Barcelona this week. As soon as I saw the blue double check, I was relieved. Then came the response: “Thanks for checking in. We’re a block away and thank God we’re all OK.”

A few minutes later, I got a text from my brother. A friend of his is also on vacation in Barcelona this week. He and his wife had spent months planning the trip and were scheduled to be at Maccabi for dinner tonight. Shortly before they were to depart for the restaurant, they had a medical emergency that landed them in the hospital. They were obviously devastated to be spending time in the hospital rather than enjoying their much-anticipated vacation. When the news came in, the realization of what could have been hit them.

Traveling abroad, especially as a foreigner who keeps kosher, and even more so for a foreigner who has very strict dietary needs due to a medical condition, is not easy. My brother asked if I knew anyone in Barcelona who might be able to assist in finding these people very specific kosher foods – which they would never be able to otherwise find due to the late hour in Barcelona, the chaos, and the fact that all Jewish establishments were to remain shut down for at least another 24 hours.

Though I knew Rabbi Libersohn was busy with much more important and urgent matters immediately following the attack, I shot him a text to ask for his assistance. He is, after all, a Chabad emissary, and this is what they do all day, every day.

I didn’t expect he would be able to personally help, but thought he might be able to recommend someone in the community I could call.

A couple of seconds he fired back a reply: “Name, Number, Hospital? Will call them right now.”

Then, another text from the rabbi five minutes later: “I spoke to them. Sending food now. THANK YOU FOR THE MITZVAH!”

Not only did he immediately drop everything to help people he didn’t know (and likely will never meet) but he thanked me for giving him the opportunity to help.

Who does that? What other community operates like this?

I just received – as I’m writing this article – a message from a friend of mine who had reached out to me yesterday for help regarding a Jewish man, with no known relatives, who died suddenly in Warsaw, Poland. Per Polish law, unless an immediate family member of the deceased were to step up today, the man would not have been granted a Jewish burial.

The text read as follows: “Thanks so much for your help yesterday. Needless to say, the local Chabad rabbi, Rabbi Stembler, just located the daughter ‘through miraculous ways’ and will be able to start preparing for a proper Jewish funeral!”

It’s become very clear to me over the past few weeks, that underneath the veneer of political correctness, nobody really likes Jews.

It’s also become clear to me that we Jews don’t really like ourselves.

We really need to work on that.

There’s so much for us to love and be proud of.

We’re an awesome people and we’re here to stay.

We might as well make the best of it. 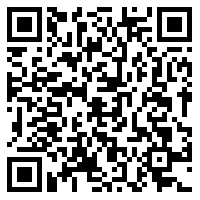