In Mandatory Palestine, Jews began to accumulate power – economic, political, and military – which caused other Jews to immediately question the enterprise itself. Old anti-Semitic tropes came to the fore, like the notion that a Jewish state would be based on “exploitation” or even Zionist “world domination”. The prospect of a Jewish state generated non-Jewish hostility and, among a Jewish minority, feelings of guilt. Decades before the state was founded, Judah Magnes anxiously said: “It is not only the end which for Israel must be desirable, but what is of equal importance, the means must be conceived and brought forth in cleanliness.”


But no state has or could achieve that desired level of purity, particularly one surrounded by implacable enemies. Powerlessness was the preferred – even the ideal – situation, and the rootlessness that accompanied it.

A century after Balfour, the strength of his declaration is grounded in the political understanding that Jews are indeed a nation. Zionism is thus Jewish nationalism in its purest form.

Yet today, the word Zionism is unique. No other term for a national movement evokes such a visceral reaction. No other word has been infamously defined in the UN as “a form of racism and racial discrimination” by a coalition of racists led by the Soviet Union, as occurred in 1975.

No other national movement has a global boycott movement aimed against it that positions itself on a moral pedestal and strives to rewrite history and control the definition of Zionism itself.

Among the most pernicious consequences of the BDS movement is the wedge that has been driven between Israel and liberal Americans, including liberal American Jews. The relentless misappropriation of human rights and anti-racist discourse, the slanderous talk of Israeli “ethnic cleansing” and “genocide,” and the bitter ad hominem attacks on Israelis, their international supporters, and the peace process itself have taken a severe toll on American civil discourse.

Jews and Israelis are now called upon to demonstrate their “moral fiber” by using their own Jewish identity as a vehicle to question Israel and its legitimacy. More perverse are the use of Jewishness to passionately make pleas for the Palestinian cause and the assertion that Jewishness is somehow based on pro-Palestinian beliefs as a “progressive” value.  For Jews on the far Left, as for Arab Palestinians, the events of 1948 are the original sin.

Seen through a colonialist prism, Western powers implanted a Jewish state in the Middle East to control the region. Jews, the true indigenous population, are cast as doubly illegitimate. Jewish apathy, religious ignorance, and the deliberate substitution of “social justice” for traditional Jewish liturgy account for the decline – and show the danger of placing antipathy towards the Jewish state of Israel at the center of religious belief.

Historically, from before 1948 all the way through the aftermath of the 1967 Six Day War, there was an appreciation of Israel – not only as the fulfillment of the ancient longing for return, but also as a haven. In the aftermath of the Holocaust the threat of annihilation was understood to be real. Moreover, Zionism was viewed as part and parcel of American Jewish identity, especially in the years leading up to 1967. There was no contradiction between being a liberal American and a Jew.

Let no American imagine that Zionism is inconsistent with patriotism…There is no inconsistency between loyalty to America and loyalty to Jewry. The Jewish spirit, the product of our religion and experiences, is essentially modern and essentially American…Indeed, loyalty to America demands rather that each American Jew become a Zionist. For only through the ennobling effect of its striving can we develop the best that is in us and give to this country the full benefit of our great inheritance.

Albert Einstein had a similar appreciation for Zionism and the Jewish State:

Zionism springs from an even deeper motive than Jewish suffering. It is rooted in Jewish spiritual tradition, whose maintenance and development was for Jews the raison d’être of their continued existence as a community. In the re-establishment of the Jewish nation in the ancient home of the race, where Jewish spiritual values could again be developed in a Jewish atmosphere, the most enlightened representatives of Jewish individuality see the essential preliminary to the regeneration of the race and the setting free of its spiritual creativeness.

Both Brandeis and Einstein clearly understood the need to maintain and incorporate Zionism within their Jewish identity even if they did not agree with certain policies of the State of Israel and its leadership.

The Zionism of 1948-1967 is not the Zionism of 2018; each generation needs to find its own form of Zionism. But eliminating Zionism in the name of Judaism negates Jewish history instead of embracing and remembering it. As Yigal Allon correctly stated, “Zionism is, in sum, the constant and unrelenting effort to realize the national and universal vision of the prophets of Israel.”

Many of the problems faced by Israel at 70 are manifested within the Jewish community, above all a false distinction between anti-Semitism and anti-Zionism. At the end of the day it will have to be understood that hatred of Israel can no longer be separated from loathing of Jews, even by Jews themselves. 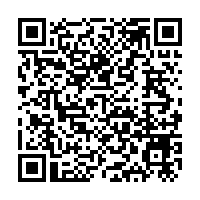