“Peace through strength.”  “Trust but verify.”  These should be not words, but policies — something the Obama administration and the congressional Democrats have never learned.  It appears they are forming a united front to throw Israel under the bus by reducing sanctions on Iran and negotiating from weakness.  Instead, they should be strengthening the sanctions and holding Iran accountable to the longstanding demands of the international community, as Senator Mark Kirk (R-Ill.) is attempting to do with his bill, S. 1197.


As a constituent of Senator Feinstein, I decided to call her office to ask why she was not supporting the bill.  A staff member called back, and the conversation went from bad to worse.  He commented that the senator thinks it’s ridiculous to sabotage these negotiations.  When asked if this will turn out to be a “Neville Chamberlain moment,” he laughed and said it was a ludicrous comparison.  He also said, “Israeli intelligence is a counter-threat to the U.S.” and that the Israelis are working against the U.S., citing Jonathan Pollard as an example.  When asked how this possible agreement could be verified, his response was “Iran is not able to do anything without the international community knowing.”

Besides having the attitude “believe what I say and never question,” this staff member was rude, arrogant, and a know-it-all.  To prove him uninformed, American Thinker interviewed a former high-ranking CIA official; a former Israeli military intelligence official; Jose Rodriguez, Jr., the former director of the CIA’s National Clandestine Service and author of Hard Measures; and Andrew McCarthy, author of Spring Fever: The Illusion of Islamic Democracy.

Iranian President Hassan Rouhani is no Puritan.  He was the national security advisor when the Jewish Community Center in Buenos Aires was bombed and during the bombing of the Khobar Towers in Saudi Arabia, and he certainly had a hand in the fueling of the insurgencies in Iraq as well as in Afghanistan.  Andrew McCarthy told American Thinker, “It’s delusional to think of Iran as anything but an enemy of America.  Since 1979, they have organized their whole regime around opposition to the U.S.  ‘Death to America’ is not a slogan, but a policy.  If we do not go for a military option, then we should choke them to death by racking up the sanctions” — i.e., the Kirk bill.  McCarthy makes an excellent point, since on Thursday Iranian leader Ayatollah Ali Khamenei called Israel a “rabid dog” — yet the U.S. negotiators deliberately avoided condemning the comments so as not to disrupt the talks.

Unlike the intelligence experts interviewed, who feel that calling this a “Chamberlain moment” might be a bit premature, McCarthy agrees with the assessment, since for Israel, it is a life-and-death issue.

What everyone does agree with is that North Korea is a fair comparison.  The former Israeli military intelligence official believes that Iran will keep building a bomb regardless of what they sign and that Israel has every right to fear “the suicide nation of Iran.”

The former CIA official says that Korea should be a wake-up call to this administration, since there “is an obvious pattern here.  The Bush administration was moving in a direction with Korea that was unwise, and now the Obama Administration is doing the same thing with the Iranians.  The Iranians are not stupid and can look at history.  This administration appears to be more concerned with coming to an agreement than protecting Israel’s interest.  I would not go much farther before I would impose stronger sanctions.”

Experts in the field, such as Heinonen and Albright, warn of the dangers posed by the stockpiles of uranium Iran has enriched beyond three percent.  Those interviewed agree and emphasize that the goal has to be stopping Iran’s nuclear program completely.  They want Americans to understand that there are a number of unresolved questions that arise.  Among them, what will happen to the 3.5% enriched, the 20% enriched, the different centrifuges, and the facility in Iraq?  How many facilities are there?  Where are all the facilities, and what about the seven metric tons of material?

Since the Kirk bill would allow the Obama administration to negotiate from a position of strength, the former CIA official told American Thinker that he knows of “people who were asked to sign a letter opposing the Senate taking any actions on additional sanctions.  Since no one knows what the deal will be, why should anyone protect that deal?  Frankly, I am a little nervous that the interim international deal will end up permanent, and it will enable the Iranians to be in striking distance of nuclear weapons.  Time is not our friend here; it is Iran’s friend.”

Besides the obvious conclusion, there is another to consider.  President Obama, the nuclear reduction president, is creating an arms race in the Middle East since a nuclear Iran changes the whole atmosphere.  Not only is Israel concerned, but so are the Saudis, Turks, and Jordanians.  McCarthy believes that nuclear reduction makes sense to countries around the globe only if the U.S. is willing to enforce it.  “Obama wants to be the no nukes president, yet his policies are guaranteeing there will be an arms race in the Middle East.”

Rodriguez Jr. issues a warning: “I have always been concerned that this administration is more concerned about politics than actually stopping and verifying Iran’s nuclear program.  The Iranians have been outsmarting us, outflanking us, and in the end getting what they desire.  They have always controlled the tempo and the dialogue, and we have been the ones playing catch-up.  When the sanctions are finally taking hold, the Iranians have decided on a tactical move to gain time and relief.  Should Americans and Israel really trust this president to do the right thing?  I think not.”

The Obama administration looks weak to Americans and the outside world in the way these negotiations are being handled.  This emerging deal is pushing Israel in one of two directions: either they will be forced to take military action against Iran or they will have to live with a nuclear Iran, where every minute of the day, Israelis will have to be in constant fear of a second Holocaust.  The Obama administration has not made it clear publicly what it is willing to accept.  As the former CIA official stated, “we know Iran is involved in making a bomb.  Are we going to demand they come clean on that and admit to it?  My sense is no such thing.” 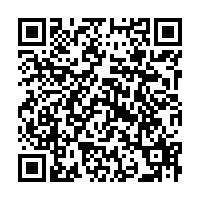