Yishai Fleisher: Over the holiday of Succot there were two heinous murders. One Jew was lured into and Arab village and then murdered by his coworker, while another soldier in Chevron was shot and subsequently killed while defending Jews celebrating Succot in Chevron. Netanyahu then came out and said that the Jewish people will not be driven out from the city of our forefathers. While he said that, he is actually in negotiations with Fatah, with the PLO, with Mahmoud Abbas, who’s own supporters have come out in support of what they are calling a “third intifada”. I got to see a little bit of this “intifada” talk in my neighborhood last Friday, where there were 20-30 terrorists with covered faces throwing stones at Jewish cars. Jeremy, why hasn’t the Prime Minister frozen these talks? Isn’t it ironic that the Mahmoud Abbas’s own faction is calling for a war against Israel in the midst of peace talks?

Jeremy Man Saltan: It was very difficult to see the two soldiers murdered by what they call the “moderates” of the Fatah movement over the holiday of Succot. The newspaper Haaretz, which is on the liberal side here in Israel, said that this in fact was not a terrorist attack, and just a criminal attack. Member of Knesset Ayelet Shaked from the Bayit Yehudi party said that maybe the attacker should be tried as a criminal, that way he will not be released in the next prisoner release. Obviously there is a little irony there. When the big headlines are peace talks, we aren’t always really sure what is going on because these talks are going on behind closed doors. There are little bits leaked here and there, but it is hard to determine whether these leaks are true or false most of the time. There are politicians saying that when these terrorist attacks take place, the talks are temporarily suspended. However, even if true, we have no idea how long these suspensions are. The Prime Minister seems very committed to this process whose final goal is two states for two people. People here in Israel are definitely questioning why the Prime Minister is in peace talks with the same “moderates” who are responsible for two terror attacks just last week.


YF: The usual excuse is that there are people who have the right intentions in these peace talks, however when the very people you are negotiating with for peace are carrying out these attacks, it is hard to defend such peace talks.

YF: There is also a battle going on on top of the Temple Mount. Even secular Jews can understand that something is wrong when a Jew is not allowed to move his lips in prayer on the Temple Mount, and is singled out, and treated differently there. The Palestinian Authority leadership has sensed this and has heightened violence on the Temple Mount with riots. There are definitely more Jews going up to the Temple Mount nowadays then there were before. What do you think about the current situation up on the Temple Mount?

JMS: Well I think much of the current situation on the Temple Mount is due to these peace talks. People are remembering the last peace talks in Annapolis, Maryland with former Prime Minister Olmert, where the Temple Mount was on the negotiating table. This memory has waken up many nationalists in Israel who say that we now have to make our presence known up on the Temple Mount in order to send a message to the Israeli and PA leadership as well as the international community that this is the holiest place in Judaism and it belongs to us. They have been very successful in pushing this point, and you are now seeing countless trips of politicians in Israel to the Temple Mount. There has even been a website put up by the current Housing and Construction Minister Uri Ariel with a video of him giving a virtual Temple Mount tour as well as reciting the priestly blessing. All these things will definitely influence negotiations. 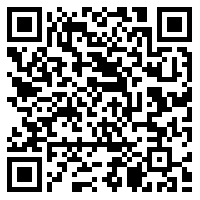