Question: Is a bar mitzvah boy allowed to read the four parshiyot in shul on behalf of the congregation?

The Mechaber (Orach Chayim 685:7, citing Tosafot, Berachot 13a) notes the opinion that Parshat Zachor and Parshat Parah are biblically-required readings. (Our version of Tosafot only mentions Parshat Zachor; either an alternative version existed or the reference is to Tosafot Ketzarot cited by Ba’er Heitev [Orach Chayim 685:2].)

It would therefore seem that any possible restrictions on who may read the four parshiyot would only apply to Parshat Zachor and Parshat Parah. There is more that needs to discussed, however, before we can fully answer this question.

Keriat HaTorah on Shabbat is a davar shebi’kedusha (matter of sanctity) and therefore 10 Jewish men must be present (the Gemara [Berachot 21b and Megillah 23b] derives this requirement from Scripture). The seven people called up to the Torah, though, need not be from the crowd of 10. An aliya, for example, can in theory be given to a woman or boy (Orach Chayim 282:2). Nonetheless, the Sages of the Talmud precluded allowing a woman to be called to the Torah, and Acharonim (see Aruch HaShulchan and Mishnah Berurah [Orach Chayim 282]) have stated that our custom is not to give one of the required seven aliyot to a boy.

One would assume that a bar mitzvah boy could get one of the seven aliyot, but some authorities view a bar mitzvah boy as a katan. Rashi (Nazir 29b) writes that a 13-year-old is a man based on Genesis 34:25: “Va’yikchu shenei vnei Ya’akov, Shimon v’Levi, achei Dinah, ish charbo – And two of Jacob’s sons, Shimon and Levi, Dinah’s brothers, took each man his sword.” Rashi points out that the term “ish” is used in Scripture exclusively to designate a man responsible for his actions and that one can easily calculate that Shimon and Levi had reached the age of 13 by the time of this story. The Torah Temima (ad loc.) appears to limit the reference of “ish” to Levi, the younger of the two brothers, who had just turned 13 when the incident of Dinah and Shechem took place.

I would like to suggest the following novel thought. Perhaps the Torah links Levi to Shimon, who was approximately seven months older than him, to teach us that just like Shimon who was well beyond 13, and therefore surely possessed all the relevant signs of maturity, was deemed an “ish,” so was Levi, who had just turned 13 and a day. In other words, perhaps what we have here is a gezeirat ha’katuv (scriptural decree) that one who reaches 13 years and a day is considered as much a man as someone who is older.

We should keep in mind, though, that the Mishnah (Sukkah 42a) teaches us that the father of a minor who knows how to wave a lulav is required to provide his son with a lulav. The Gemara adds that if a minor knows how to care for his tefillin (that is, he understands their sanctity), his father is required to purchase tefillin for him. Although most later authorities believe the Mishnah and Gemara refer to a boy (i.e., someone younger than 13), the Ba’al Ha’Itur (cited by Rema, Orach Chayim 37:3) maintain that they refer to someone aged 13 and a day. 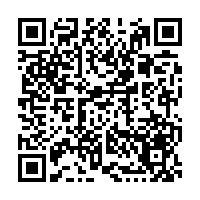