Summary of our response up to this point: We started our discussion by citing the source for the commandment to circumcise a baby boy – Genesis 17:9-14. These verses are verbose, which teaches us how significant a brit milah is and hints at the great reward in store for those who fulfill it.

The Abrabanel notes that 1) the covenant of milah includes inheriting the land of Canaan. Each Israelite grants this inheritance to his newborn son through brit milah; 2) milah promotes sh’leimut, wholeness, and save a person from descending to gehenna; and 3) Adam at his creation was not drawn to worldly desires, so his foreskin was not a detriment to him. Once he sinned, however, he and his descendants were drawn to worldly desires. That’s why Abraham was given the commandment of brit milah.

Rabbenu Bachya (Genesis 17:23) writes that the Jewish people receive three presents as a result of brit milah: 1) the Davidic dynasty shall never cease; 2) the land of Israel shall be their inheritance forever; 3) and the Divine presence shall dwell in the midst of the Jewish people.

Our unbroken chain of following G-d’s command for thousands of years, without the slightest deviation, since G-d’s covenant with Abraham, gives us, the Jewish people, ownership of this great mitzvah.

We examined who exactly was given the commandment of brit milah. Was it only for Abraham and his children? Were Keturah’s children included? How about their children? Rashi states that Keturah’s grandchildren were not obligated to have a brit. The Rambam disagrees. He maintains that all of Keturah’s descendants must have a brit. Nowadays, though, the descendants of Keturah are interspersed with the descendants of Ishmael. So even though all these descendants should rightfully have a brit out of doubt (in case they descend from Keturah), if they don’t, we may not execute them since we never give the death penalty for non-compliance of a doubtful obligation.

We cited the Mishneh L’Melech’s question on the Rambam’s view: If the descendants of Keturah were included in the mitzvah of milah, why did Abraham ultimately disinherit them? There is no question if we adopt Rashi’s view (that only Keturah’s sons, but not their sons, were obligated to have a brit) because “inheritance” refers to something that one has the ability to pass on to further generations.

Rashi explains that because a second Torah source is necessary to include the sons of Keturah in the mitzvah of circumcision (see the Gemara), it is evident that only they, but not their progeny, are included in this mitzvah. But this is only possible if their status as Abraham’s children was somehow lacking – which explains why Abraham did nothing wrong in disinheriting them.

We looked at two possible explanations, according to the Rambam’s view, for why Abraham disinherited Keturah’s children. 1) The laws of inheritance only became binding when G-d gave the Jewish people the Torah on Mt. Sinai. Therefore, Abraham did nothing wrong by not following these laws. 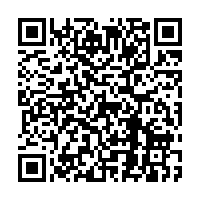