Question: I understand that at a minyan, the chazzan is required to repeat Shmoneh Esreh out loud so that people who may not know how to daven can fulfill their obligation to daven with the chazzan’s repetition. What, however, should the chazzan do when he reaches kedushah and Modim? I hear some chazzanim say every word of kedushah out loud and some only say the last part of the middle two phrases out loud. As far as the congregation is concerned, I hear some congregants say every word of kedushah and some say only the last part. Finally, some chazzanim and congregants say Modim during chazaras hashatz out loud and some say it quietly. What is the source for these various practices?

Answer: The Shulchan Aruch Harav (Orach Chayim 124:1), based on the Mechaber (ad loc.), states as follows: “After the congregation has finished the silent Shmoneh Esreh, the chazzan repeats it in a loud voice so that people who do not know how to pray can listen to the prayer of the chazzan and thus fulfill their obligation [to pray]. However, one who is thoroughly knowledgeable does not fulfill his obligation by means of the chazzan’s repetition. Even someone who does not know how to pray only discharges his obligation when in the company of a congregation, where there are nine individuals listening to and concentrating on the blessings of the chazzan and responding ‘Amen’ [after each blessing].”

Naturally, for the chazzan to discharge the obligation of people who do not how to daven properly, there needs to be a minyan present. He is fulfilling the obligation of tefillah b’tzibbur, as the Talmud (Megillah 23b) explains. Without a minyan, we do not recite Shema in Birkat Keriat Shema publicly, the chazzan does not say chazaras hashatz, kohanim do not say Birkat Kohanim, the Torah and Haftarah are not read etc.

Tosafot (Rosh Hashanah 34b s.v. “Kach motzi et habaki”) cites the Ba’al Halachot Gedolot, who rules that an individual who forgot to say Ya’aleh Veyavo during Shemoneh Esreh on Rosh Chodesh should concentrate on the chazzan’s repetition, from beginning to end. In this manner, he will discharge his obligation even though he is versed in prayer.

Tosafot dispute this ruling citing Rabin in the Gemara who, in the name of R. Yaakov and R. Shimon Chassida, argues that Rabban Gamliel only ruled that the chazzan discharges the obligation of workers in the fields who are restrained despite their own desire to participate in communal prayer since they are occupied with their labor and have no choice. The chazzan does not, however, discharge the obligation of city dwellers/workers who have some leeway in scheduling breaks during their working hours. They must pray themselves and cannot rely on the chazzan.

Tosafot, in the end, reconcile the ruling of the Ba’al Halachot Gedolot with that of Rabban Gamliel (according to Rabin) and states that the rule that the chazzan does not discharge the obligation of city dwellers/workers only applies if they did not pray at all. If they did pray, even if they do not understand, their obligations of tefillah b’tzibur are discharged by listening to chazaras hashatz. The Aruch Hashulchan (Orach Chayim 124:2) cites many authorities who rule accordingly – that those who do not understand but are present for tefillah are no worse than those who, due to circumstances beyond their control, work in the fields. Thus, the chazzan can discharge their obligation with chazaras hashatz.

The Soul of Israel: The Secret to a Life of Renewal [audio] 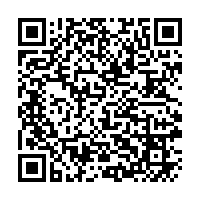